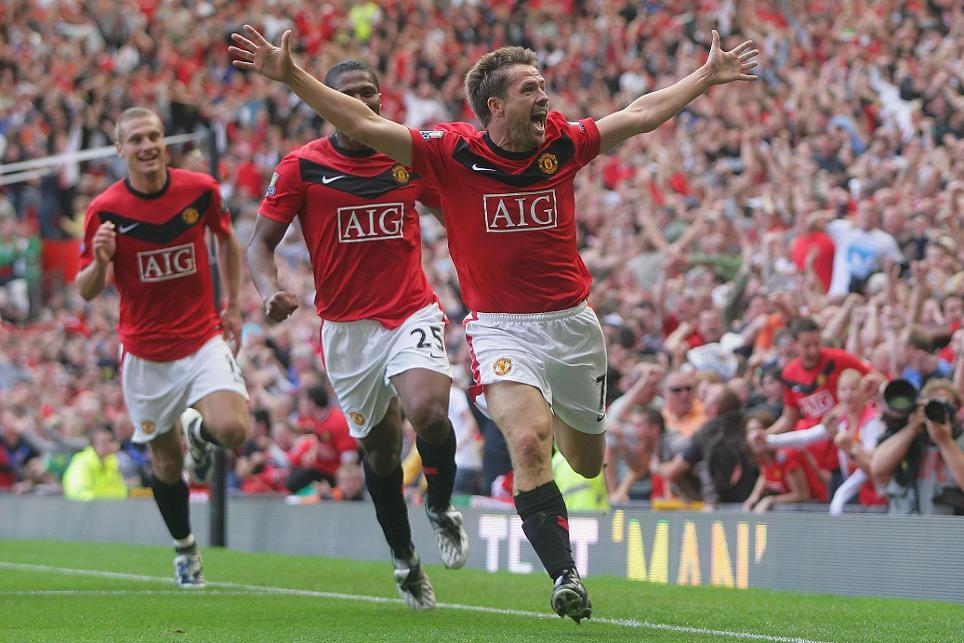 The derby between Manchester United and Manchester City at Old Trafford on 20 September 2009 was one of the most highly anticipated meetings in the fixture's rich history, and it lived up to the billing – producing one of the Premier League's greatest matches.

Reigning champions United and ambitious City went blow for blow until a dramatic conclusion, in which the hosts snatched a 4-3 victory, and it was voted the best ever Premier League match at the 20 Seasons Awards in 2012.

Over the previous decade, City had enjoyed sporadic derby success against their rivals. They won home and away against United in the 2007/08 season for the first time since 1974.

Such triumphs were merely defiant shots at English football's dominant force, with City accustomed to mid-table finishes and relegation battles while United won title after title under Sir Alex Ferguson.

But as United collected their 11th PL crown in 2008/09, Manchester's football landscape was in the early stages of a significant change.

On 1 September 2008, the Abu Dhabi United Group announced its takeover of the club and Sheikh Mansour bin Zayed Al Nahyan began to finance a substantial transfer outlay with his fortune.

During the pre-season for 2009/10, the most eye-catching buy was Argentina forward Carlos Tevez, fresh from two years at United.

Both teams made impressive starts to the season to stoke the derby build-up, City boasting a perfect record of four wins from as many matches to lie level on 12 points with United, who had played one match more.

But it was the champions who enjoyed an ideal start in the derby, with Wayne Rooney putting United ahead after two minutes.

Tevez was involved when City equalised in the 16th minute, capitalising on an error from United goalkeeper Ben Foster to tee up fellow summer signing Gareth Barry to slot in.

Darren Fletcher headed in a Ryan Giggs free-kick early in the second half to restore United's lead and the midfielder would repeat the trick in the 80th minute after Craig Bellamy lashed a stunning second equaliser into the top corner for City.

Bellamy crowned his display by levelling again in the final minute. Rio Ferdinand gave away possession, the forward surged towards the United goal and beat Foster from an acute angle.

But there was to be one more twist. As City's defence dropped deep during five minutes of stoppage time, United piled on the pressure.

Their chance arrived in the 96th minute, with Michael Owen afforded room in the penalty area after Giggs' pinpoint pass to fire the ball into the bottom corner.

"It is probably one of the moments I will reflect on as a highlight of my career," Owen said. "To score a goal as dramatic as that in a derby was amazing. You had to see it to believe it. It must have been one of the best televised matches of all time."

It was Owen's first goal since joining United on a free transfer but the England striker would only score four more PL goals for the club during three injury ravaged seasons.

The jubilation around Old Trafford had barely died down when Ferguson said: "Sometimes you have a noisy neighbour.

"You cannot do anything about that. They will always be noisy. You just have to get on with your life, put your television on and turn it up a bit louder."

Although Chelsea would come out on top in the 2009/10 title race, with United and City finishing second and fifth respectively, the Manchester clubs would dominate English football over the next four years.