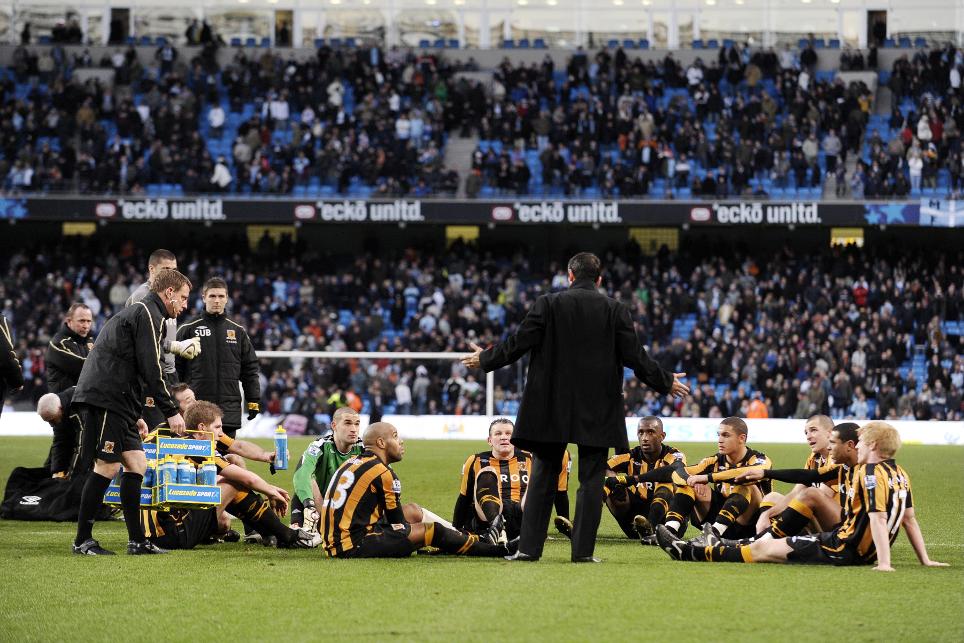 Phil Brown, manager of the Tigers in their first PL season, recalls Hull's campaign in 2008/09

Hull City were both high flyers and then relegation strugglers during their Premier League debut campaign of 2008/09.

The Tigers were tipped to battle against the drop after progressing through the Championship play-offs to secure top-flight football for the first time in their 109-year history.

But they opened with a 2-1 win at home to Fulham and lost only once in their first five matches before a shock comeback triumph at Arsenal sparked a run of four consecutive victories.

Having netted against Fulham and Arsenal, Brazilian forward Geovanni scored the only goal in another impressive win at Tottenham Hotspur and struck in a 3-0 defeat of West Bromwich Albion.

The latter success left Hull joint-top of the Premier League at the end of October, something in which their then manager Phil Brown takes great pride.

"A lot of people ridiculed us when we got promoted [saying] that we weren't going to get as many points as Derby County, who unfortunately only got 11 [in 2007/08]," Brown said.

"Five games in we already had eight so there were a lot of cruel words said that we dispelled very quickly.

"But I knew the cruel words would eventually come back when you start hitting a rocky patch.

"That's unfortunately the deal that you get at the highest level."

Hull's form disintegrated rapidly after the West Brom win. Victories over Middlesbrough in December and Fulham in March were the only three-point hauls they collected from then on, as dreams of European football changed to the prospect of relegation.

Brown indulged in some unorthodox methods in an attempt to turn the slump around, most famously in a match at Manchester City on Boxing Day.

With Hull 4-0 down on their way to a 5-1 loss, Brown staged his half-time team talk on the pitch in front of the travelling support - a move that polarised opinion, but one he claims to have received plenty of backing from football fans since.

"I would have said it doesn't work for about 30% of people," he said. "And, unfortunately, that 30% were media who thought it was crazy.

"Supporters who go on the terraces week in and week out and pay a lot of money to be there, I've had a lot of letters of support - not just from the Hull City fans.

"Fans from all over the world have sent letters saying 'you were absolutely spot on doing it'.

Hull headed into the final day of the season in danger of relegation and, although they lost 1-0 to Manchester United, results elsewhere meant they were safe.

Amid scenes of jubilation at the final whistle, Brown serenaded the KC Stadium supporters with a song on the pitch.

"I was given a microphone to clear the pitch and unfortunately it was clear when I got out there so I decided to belt a tune out," he said.