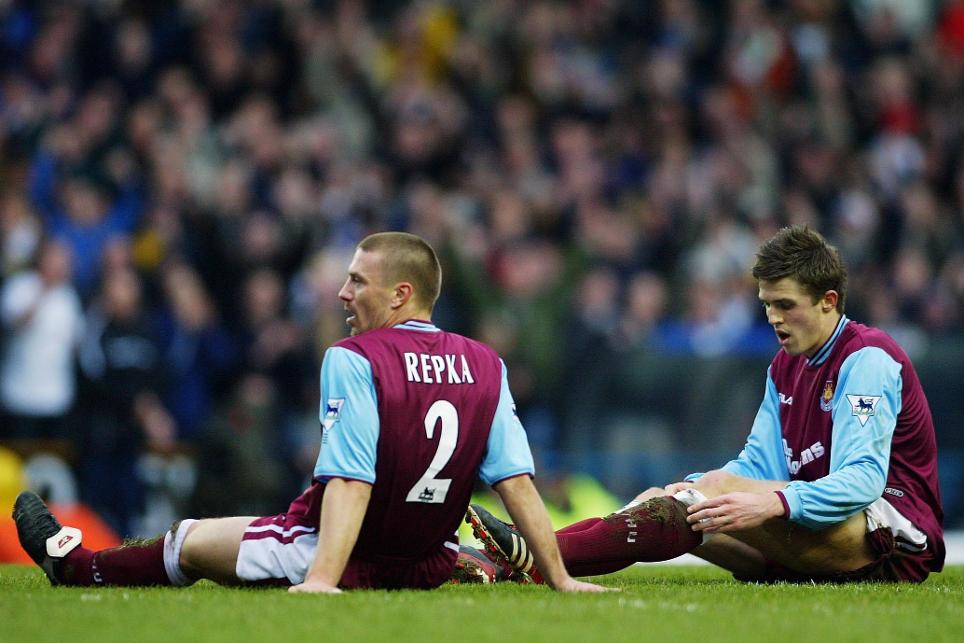 The notion of a team being 'too good to go down' has perhaps never been disproved so emphatically as when West Ham United dropped out of the Premier League in the 2002/03 season.

A team packed with international stars and exciting talents headed into the campaign in high spirits having secured a seventh-placed finish during manager Glenn Roeder's first season in charge.

But the east Londoners finished in 18th position despite amassing 42 points. That haul remains the highest recorded by a relegated team in a 38-match Premier League season. Don Hutchison, who made 10 appearances for the Hammers in 2002/03, is still baffled about how it went wrong.

"It's difficult to put your finger on it, maybe a little bit of complacency, maybe players weren't playing at a certain level, maybe we had injuries and suspensions," said the former midfielder.

"But some of the team, you had England internationals. David James, Glen Johnson was there, Nigel Winterburn was playing at left-back, Joe Cole, Michael Carrick, Trevor Sinclair, [Paolo] Di Canio, [Jermain] Defoe and [Frederic] Kanoute. How we took that team into the Championship is beyond me.

"That team should have been easily competing for top six, top seven. To this day it's still a mystery how we went down."

West Ham took just two points from their opening six matches before a Di Canio brace inspired them to a 3-2 victory over Chelsea at the end of September, while there were also 1-0 wins in their next two away fixtures at Sunderland and Fulham.

But defeat by the same scoreline at home to Everton was the first of 14 winless league outings. A triumph at the Boleyn Ground belatedly arrived against Blackburn Rovers on 29 January to break the sequence.

With three matches of the season remaining, West Ham were shaken by the news of Roeder falling ill with a brain tumour. He would go on to make a full recovery, while club legend Trevor Brooking took the reins following an encouraging run of one defeat in eight matches.

"We went through a period when we couldn't get a result, confidence was low in the dressing room and Glenn Roeder had his illness that we had to deal with," Hutchison said.

"Trevor Brooking came in and we tried to play for Glenn really. Trevor gave us some new ideas and a little bit of confidence and we went on a great run towards the end of the season.

"The run we had was incredible and going down with the record points total was ridiculous - the team we had, how we took West Ham into the Championship at that time was ludicrous."

Kanoute bagged a late winner against Manchester City in Brooking's first match at the helm, while an emotionally charged Di Canio saw off Chelsea 1-0 to carry West Ham's prospects of staying up into the final day.

Hutchison, whose season had been ravaged by injury, came on as a late substitute as the Hammers battled to a 2-2 draw at Birmingham City, their efforts ultimately proving futile as Bolton Wanderers beat Middlesbrough 2-1 to finish on 44 points and with a superior goal difference.

"It was a surreal atmosphere," he said. "I was on the bench at the time and it was a difficult watch.

"The lads didn't look comfortable out there and confidence was low. It was all riding on one game."

Hutchison, who had an earlier spell at West Ham between 1994 and 1996, said: "West Ham shouldn't, in my opinion, ever be languishing down at the bottom of the league. They're too good for that, they're too big a club.

"The support is second to none, especially the away fans. That season was quite painful."

Manchester United went on to win the Premier League title that season, overturning an eight-point deficit on 2001/02 champions Arsenal to win the league by five points.

David Beckham scored as they wrapped up their PL crown with a 2-1 win at Everton on the final day, and that was the Man Utd legend's final match at the club, before he moved to Real Madrid.