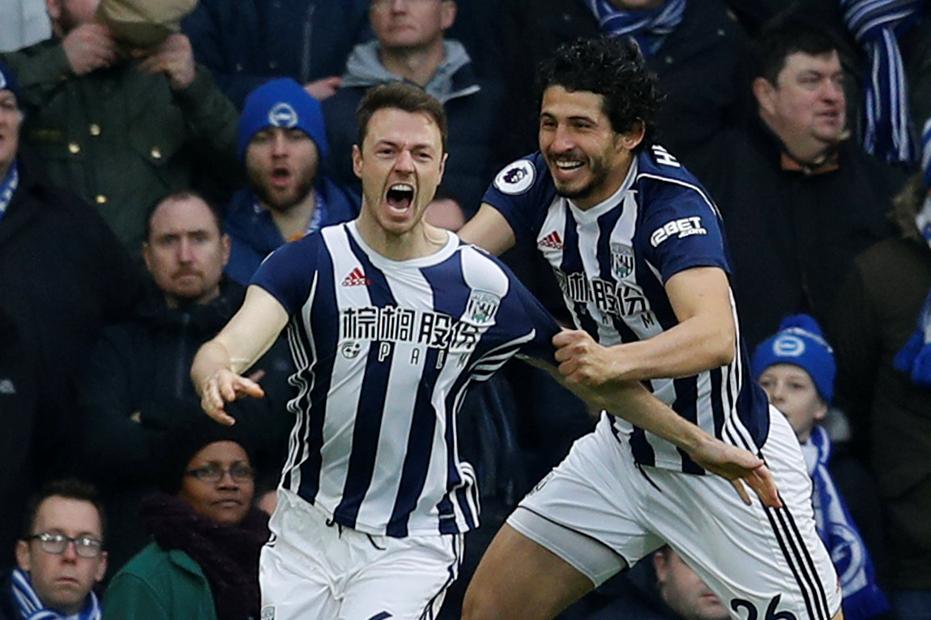 West Bromwich Albion's return to the Dream Team ranks could signal a revival for their players in Fantasy Premier League.

Up until last weekend, Nacer Chadli (£5.6m), in Gameweek 8, and Ahmed Hegazi (£4.6m), back in Gameweek 1, were West Brom's only two contributions to the weekly elite, fewer than any other side.

But that came to an end, along with the Baggies’ 20-match winless streak, with the 2-0 victory over Brighton & Hove Albion.

The Dane produced seven saves at Stamford Bridge to earn a second successive clean sheet. Awarded the maximum three bonus points against Chelsea, he moves to 12 for the season. No goalkeeper has more.

Returning from a hamstring injury, Valencia helped Manchester United to a 3-0 win over Stoke City by scoring their opener. That took him to three goals for the campaign, matching his tally over the previous three seasons combined.

The captain set West Brom on the way to beating Brighton with a second goal of the campaign. Evans ranked top for defenders in the Bonus Points System (42). This helped him to match the best tally by a West Brom defender this season, alongside Ahmed Hegazi’s 15 points in Gameweek 1.

Like Evans, the Baggies right-back also scored from a corner to return a double-figure score. No defender has fired more shots in the opposition penalty area than Dawson’s six over the last four Gameweeks.

The Austrian’s goal in West Ham United’s 4-1 win at Huddersfield Town was his sixth in seven starts. Arnautovic coupled his second-half strike with two assists to top-score in the Gameweek and gain a second Dream Team call-up.

Lanzini benefited from the Arnautovic assists to get his second and third goals of the campaign. Found in just 2.5% of squads, the Argentinian benefits from a favourable run of opponents who all score just two in the Fixture Difficulty Rankings (FDR).

The midfielder earns his Dream Team debut courtesy of both his side's goals in Southampton’s 2-2 draw at Watford. His 15 points is the highest Gameweek total by a Saints player this season.

Selected ahead of David Silva (£8.0m) against Liverpool, the German produced a goal and an assist in the 4-3 defeat at Anfield. Gundogan has recorded two double-digit scores from just five starts, but he remains an uncertain selection in Pep Guardiola’s starting XI.

The South Korean made a ninth successive start for Tottenham Hotspur in the 4-0 win over Everton and has supplied six goals and five assists over that run. His score of 91.0 for ICT Threat was a Gameweek 23 high, made up of seven shots, which were more than any other player.

The striker atoned for his lack of points in Gameweek 22 with another double-digit tally in Spurs’ win. Kane has drawn level with Mohamed Salah (£10.2m) on seven Dream Team appearances for the season, four more than any other FPL forward.

The AFC Bournemouth striker took his tally to three goals in four Gameweeks, while also providing the assist for Jordon Ibe’s (£4.8m) winner against Arsenal. Among forwards only Kane has fired more shots than Wilson's 15 over those last four matches.