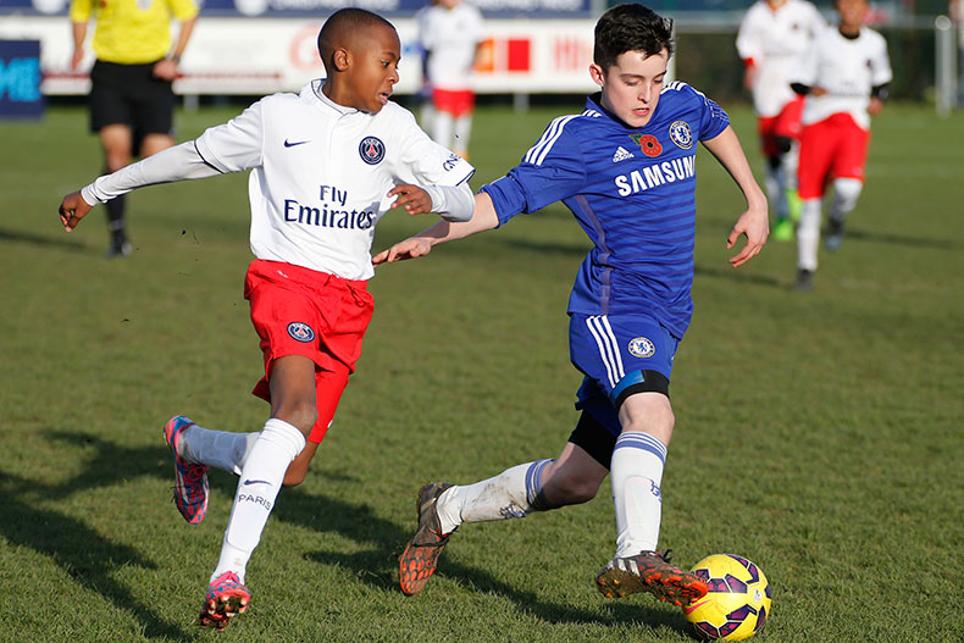 Southampton have announced the signing of Tino Livramento from Chelsea, after the 18-year-old won the Blues' Academy Player of the Season award to cap off a standout 2020/21 campaign.

Less than seven years ago, the new Saints defender was part of Chelsea's Under-12 team who travelled to Ypres, Belgium, to compete in the 2014 Premier League Christmas Truce Tournament, and he described his experience in a diary for premierleague.com.

Relive his journey as the Blues won a tournament against top Academy teams from England, Scotland, France, Germany, Belgium and Austria, while getting a unique educational and cultural experience as they learned about the sacrifices made by soldiers in the same town as they fought for their countries in World War I.

The qualifying event for the Christmas Truce International Tournament in November was the first one we have won, so it felt really nice and it really motivated us to build on that and try to win the next one.

It has been fantastic in training and it's also been really fun, as a team we get on really well. In the build-up we have been talking as a group about how much we want to win this competition.

Playing teams from around Europe is going to be a huge test for us but we like challenges and we just want to try our best. We will have to cope with different tactics and different ways that teams are organised and I think the whole experience will make me a better footballer.

The opening day of the International Tournament was the education day and together with the players representing Liverpool, we visited World War I memorials and graveyards.

At the Ploegsteert Memorial, we heard about a soldier who was killed because he turned away from battle. That shocked me quite a lot.

We went across the road to the Hyde Park Corner Cemetery and we learnt about another footballer who stole a watch just to keep his family alive because they were so poor. He got put in prison for a month and because he lied about his age, he got put in senior prison.

We travelled to the Bayernwald Trenches, where we met an actor who showed us the clothing and weapons that a British soldier would have used in the war. I tried to carry the gun but it was so heavy.
Then he mentioned the training that the soldiers used to do, which included holding the gun out in front of you in different positions for 20 minutes, I couldn't have done that.

The trenches were really mazy. I thought they would be in one long line and it surprised me that there were so many twists and turns. It is hard to get your head around that the trenches were so close together. The actor really brought it to life and it felt like you are living in someone else's shoes.

We then laid a Chelsea hat at the Christmas Truce Memorial near Ploegsteert, which is very near the site of the truce in 1914.

I was pleased we visited it so that we could pay our respects to those who fell for our country. Without them we wouldn't have the freedom that we have today. Seeing all the items that other teams had left there was really nice and putting the hat down was important to us.

I thought it was really good that we had the chance to get so close to where something really big happened.

After the memorial visit we went to Flanders Fields Museum, which was a great experience. It was full of weird and wonderful stuff and there were also movies where actors playing different characters describe their stories, their feelings, their thoughts and how extreme the conditions were and it shocked us.

We have all taken it in and as a group we paid our respects and we did it together.

Before the Last Post Ceremony, we met Maximilian Gotz von Olenhusen, who spoke to us about his great-grandfather, who was a general in the German Army and was in charge of some of the troops involved in the Christmas Truce. I thought his great-granddad would have been a mean man but from the stories we were told about him, he sounded quite fun.

All of us went to the Menin Gate for the Last Post Ceremony and Maximilian was there with us to lay a wreath, which was a special moment.

We played Hearts in the first match, which we won, with World Cup final referee Howard Webb, and walking out on to the pitch with him was a great experience. I want to do it again!

We felt so confident going into the day but drawing against Schalke and then losing to Anderlecht in our final match of the day let that down a bit. Good teams qualify when they don't play well. After that defeat we were trying to think of the positives not the negatives and hopefully that will pay off on Sunday.

The tournament banquet on the Saturday evening was really nice. I was expected to sit with my own team but all the players were mixed up. We talked, we swapped presents and it was funny as well because no-one was there to embarrass you. They were all really nice people.

It was really exciting to sing along to All Together Now with The Farm, it definitely pushed us on to try to win this tournament. They were really good singers and musicians.

We all got a good night's sleep so we prepared well for the semi-final against Liverpool. We were looking forward to it and we were talking about how we had to win it. Winning it was the only scenario we were thinking about.

Liverpool are a really good team and both of us were up for the semi-final. The match went to penalties and it was my spot kick that put us through. I was so nervous before the kick but the coach told me to just stick it away and that's what I did. Thankfully it went in. I needed to do it for my team and I did it, I am very happy.

The celebrations were crazy. Now we have got to do it again in the final against Paris St Germain. It's just one more game.

After the semi-final we tried to forget about the final for a bit but when the time came we were ready and focused. We watched a couple of videos before the match, the Truce qualifying tournament we won last time and one on winners and people that consistently win. It was very inspirational.

Walking out for the final all I was thinking that there is no going back and that we're going to win this. We played together and no-one would have had any regrets.

We all played really well and we played as a team. When Lewis Bate scored the winning goal in the second half we all went crazy. It was a great feeling. We have now won two tournaments!

Overall I think we deserved to win it. It was a difficult game to play in because PSG were very strong, technical and athletic but we overcame that and luckily we scored.

I will never forget this. It's probably been the hardest and the best tournament we've ever played in.