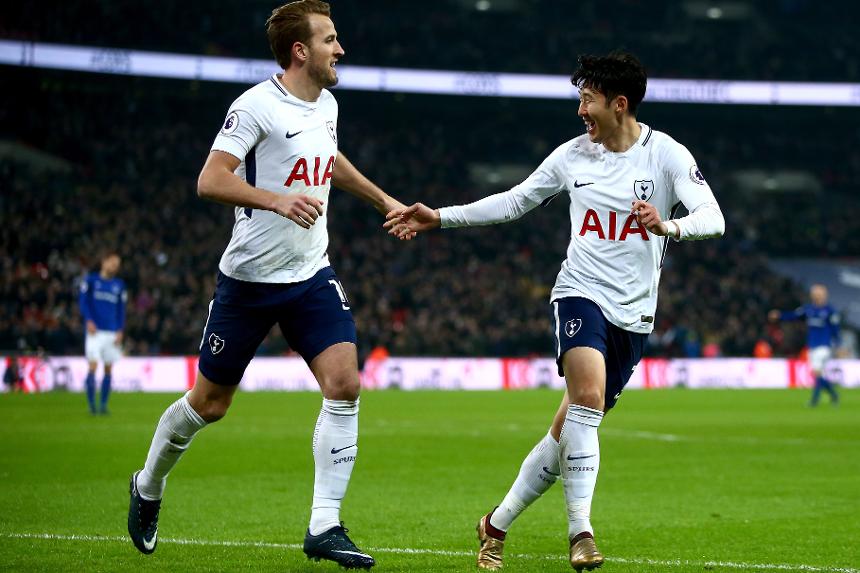 Harry Kane and Son Heung-min wrote their names into Tottenham Hotspur’s record books with a 4-0 win over Everton at Wembley Stadium.

Spurs took control on 26 minutes as Serge Aurier teed up Son, whose goal made him only the second Spurs player to score in five consecutive home Premier League matches after Jermain Defoe in 2004.

Kane doubled the lead two minutes after the interval after wonderful approach play by Son.

Christian Eriksen finished off a sweeping move on 81 minutes to round off a comfortable win.