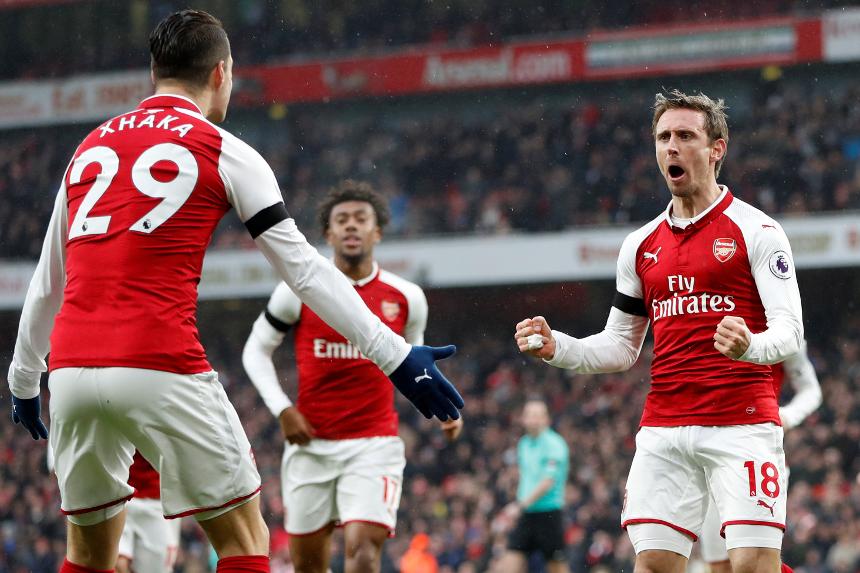 A lightning start set Arsenal on the way to a 4-1 win over in-form Crystal Palace at Emirates Stadium.

Arsenal scored three goals in the opening 13 minutes, the fastest a team have taken a 3-0 lead in a Premier League match since the Gunners did so themselves seven years ago.

Alexandre Lacazette made it 4-0 on 22 minutes, latching on to Mesut Ozil's delightful flick for Arsenal's 500th PL goal scored by a Frenchman.

Monreal went off injured before half-time and, after the break, Petr Cech was denied a 200th PL clean sheet when Luka Milivojevic netted a consolation goal.