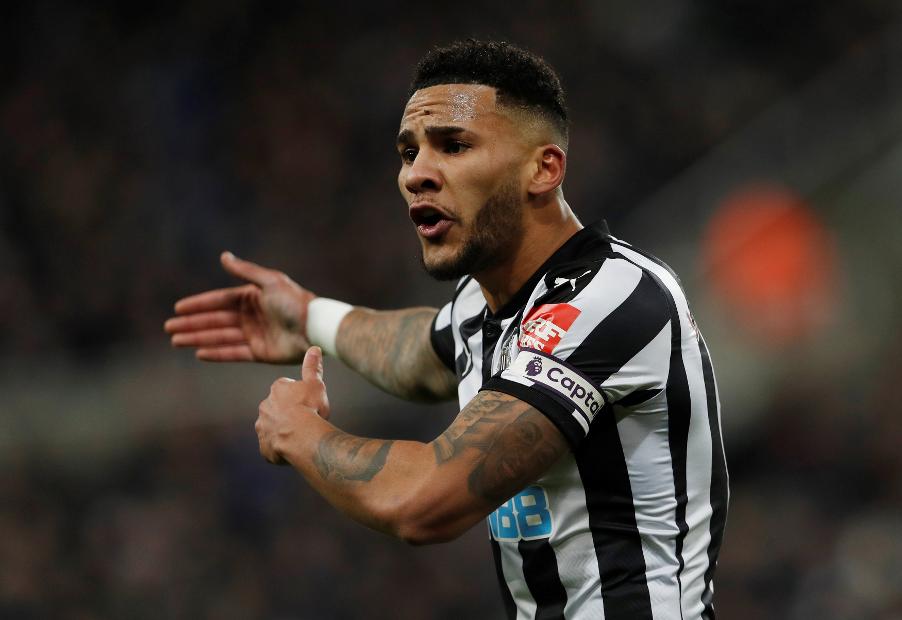 Newcastle United captain Jamaal Lascelles has been passed fit and goalkeeper Rob Elliot is back in training.

Swansea City have Leroy Fer available after the midfielder's appeal against a red card was successful, but defender Kyle Naughton is still suspended.

Angel Rangel (calf) is out and Renato Sanches (hamstring) and Tammy Abraham (hip) are doubtful. Ki Sung-yueng and Leon Britton are back in training and Connor Roberts could make a PL debut.

Newcastle United have won their last two Premier League matches against Swansea City, having won only one of their first nine against them (W1 D2 L6).

Swansea City have won three of their five PL visits to St James’ Park (D1 L1), at no away ground have they won more in the competition.

Swansea’s win at Watford in their last PL away match ended a run of seven straight defeats on the road; they last won back-to-back away matches in January 2017.

Jamaal Lascelles has scored in both of his PL appearances against Swansea, including the winner in the reverse fixture. Those two goals account for 50% of his total strikes in the competition.

Rafael Benitez: “They have a new manager, and in the last games that we have seen, they are quite organised, quite disciplined in defence and hard to break down. I think it’s important that we don’t lose but [approach it] with the mentality that we have to win."

Carlos Carvalhal: "The most important thing right now is that we are competitive in every game and we have been so far. At Newcastle we will try to use all the good things we have and try to hide the weaknesses.”