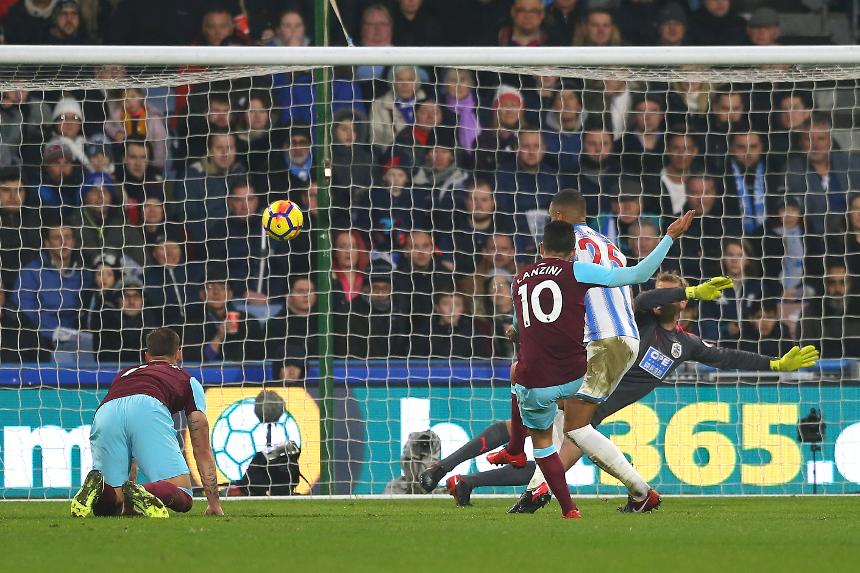 Mark Noble put them ahead on 25 minutes after Joe Lolley was caught in possession.

Five minutes before the break, Lolley made amends, curling a superb effort beyond Adrian for his first Premier League goal.

Less than 30 seconds after the restart, Arnautovic restored West Ham's lead before turning provider for Lanzini to make it 3-1.

The same pair combined again on 61 minutes as Lanzini grabbed his second, smashing high into the net.

West Ham are 11th with 25 points, while Huddersfield are two places and a point below.