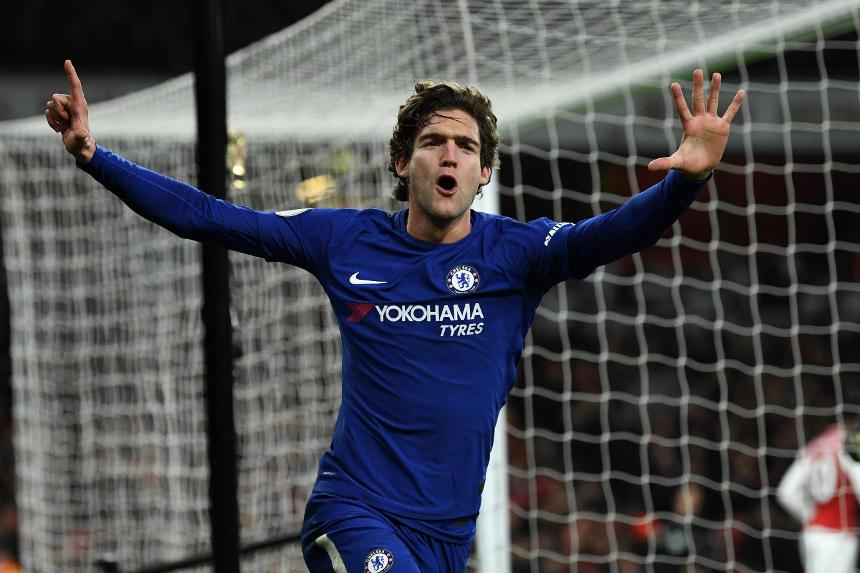 Courtois: Saves, chances and keeping up the pace External Link

Owners of Marcos Alonso (£7.2m) were celebrating on Wednesday night as he continued his goalscoring form in Fantasy Premier League.

The Chelsea wing-back struck his sixth goal of the campaign at Arsenal - equalling his tally from last season - and now has three strikes from his last five Gameweeks.

Now with a total of 123 points, Alonso has stretched his lead as the top FPL defender.

In terms of points per million, Nicolas Otamendi (£6.4m and 17.5) is the only outfield player to better the Spaniard's 17.1.

Since N'Golo Kante (£4.9m) returned from injury in Gameweek 11, the Chelsea defence has conceded the fewest goals (six) and kept the most clean sheets (seven), while limiting opponents to 24 shots on target - again a league-high over that period.

Combine those statistics with Alonso's recent burst of attacking points and his appeal as an FPL target is obvious.