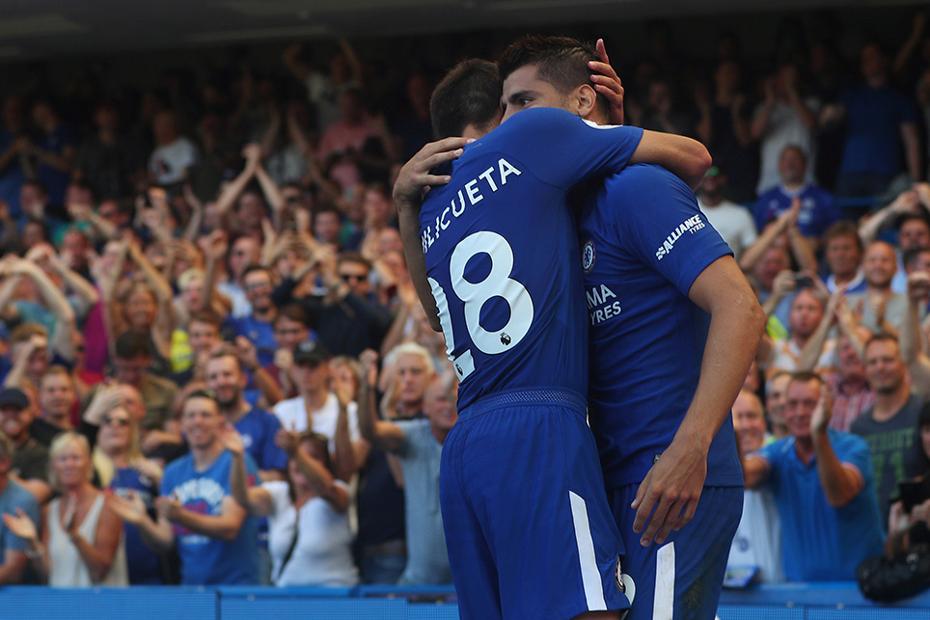 If Alvaro Morata scores for Chelsea at Arsenal on Wednesday night, there's a good chance that team-mate Cesar Azpilicueta will be involved.

Azpilicueta has provided the assist for six of Morata’s 10 Premier League goals this season and they have already matched Chelsea’s best combination in a Premier League campaign.

No player has provided more assists for a single team-mate in 2017/18, and if the two Spaniards keep this rate up they will beat the competition’s all-time record.

Having drawn level with Chelsea’s previous high of six assists, provided by Cesc Fabregas for Diego Costa in 2014/15, Azpilicueta and Morata are only three off the leading total of nine provided by one player to another in a season.

That total was set in 1995/96, by Blackburn Rovers’ Mike Newell for Alan Shearer, and by Liverpool’s Stan Collymore for Robbie Fowler.

Most assists for a single team-mate

Azpilicueta has taken his tally to 20 assists in 180 PL matches in his career, with almost a third arriving in 20 outings this term thanks to his connection with Morata.

"I do appreciate that we have a special relationship," Azpilicueta told Chelsea’s official website. "Strikers need to receive the ball in the box and we look for ways to put him in the best possible position."

Azpilicueta is still five away from the record of most assists a defender has provided in a season. That was set by two Everton defenders, Andy Hinchliffe in 1994/95, and Leighton Baines in 2010/11.