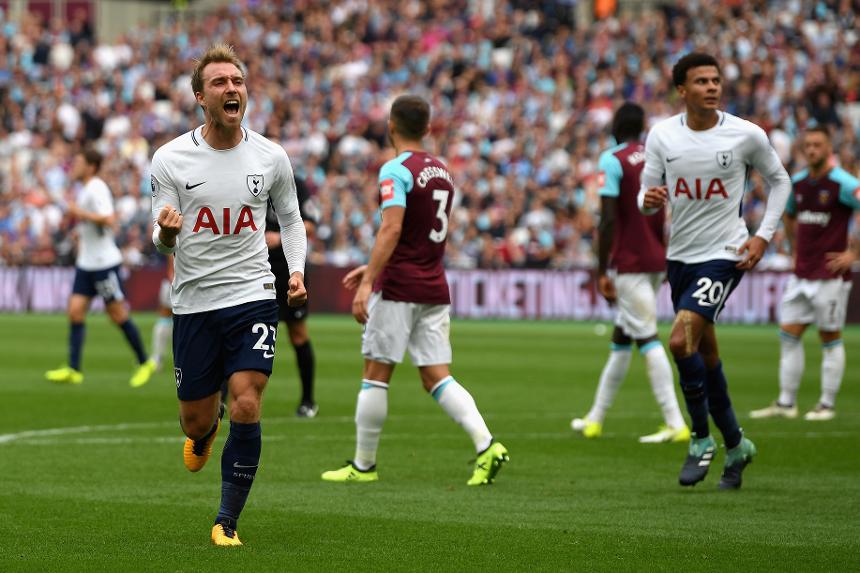 West Ham United in January: All you need to know External Link

Danny Rose (knee) and Toby Alderweireld (hamstring) are out for Tottenham Hotspur but Mousa Dembele (hip) is available for selection again.

Spurs have also welcomed back Victor Wanyama, who appeared as a substitute for 31 minutes against Swansea City two days ago.

Reece Oxford is a doubt for West Ham United after spraining his ankle following his recall from his loan spell at Borussia Monchengladbach, while Aaron Cresswell (back) is also not expected to feature.

Tottenham Hotspur won the reverse fixture 3-2 at London Stadium but have not won both Premier League meetings with West Ham United in a season since 2012/13.

West Ham have played three competitive London derbies at Wembley Stadium and won them all: beating Fulham 2-0 in the 1975 FA Cup final, Arsenal 1-0 in the 1980 FA Cup final, and Spurs 3-2 in the EFL Cup this season.

Harry Kane has scored seven goals in his last six Premier League matches against the Hammers, including three braces in that time.

Mauricio Pochettino: "Now we need to recover quickly [after playing on Tuesday night] and be ready to play against West Ham.”

David Moyes: "You can see how the Premier League is going to go between now and the end of the season. Games are going to be won and lost on really small margins."