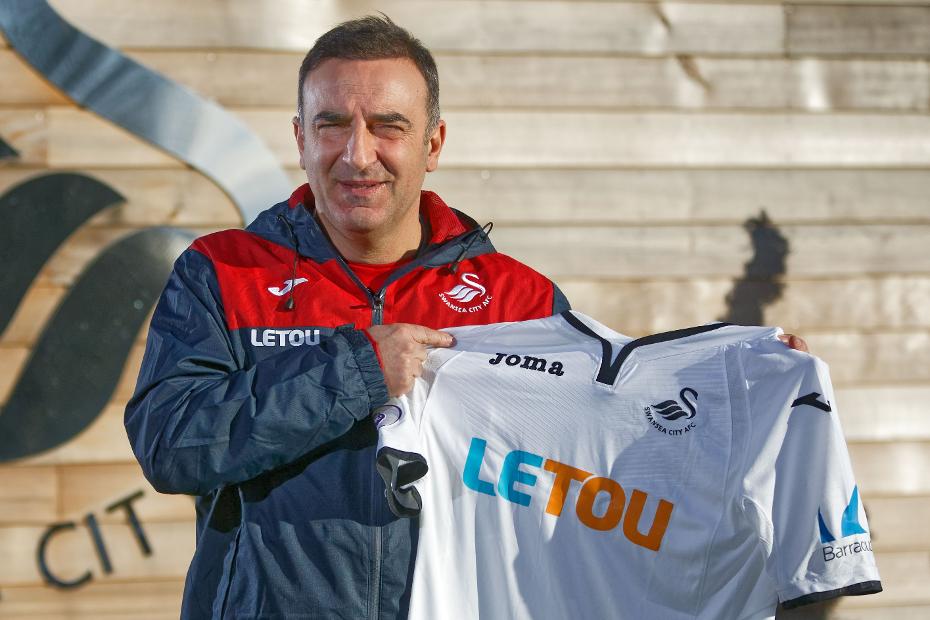 Carlos Carvalhal has been appointed Swansea City’s new manager, the club have announced.

The 52-year-old had just left Sheffield Wednesday after two-and-a-half years there and has agreed a deal with Swansea until the end of the season.

Swansea are bottom of the Premier League with 13 points from 20 matches and five points adrift of 17th-placed West Ham United.

Carvalhal succeeds Paul Clement who left Swansea on 20 December. Leon Britton had taken temporary charge for the 1-1 draw with Crystal Palace and the 5-0 defeat by Liverpool.

The first match in charge for Carvalhal will be at Watford on 30 December.

"Carlos's time at Sheffield Wednesday, which included securing two consecutive play-off places, highlighted that he has great character and personality to lead the squad and the football club, which is vital at such a crucial time," Swansea chairman Huw Jenkins told the club's official website.