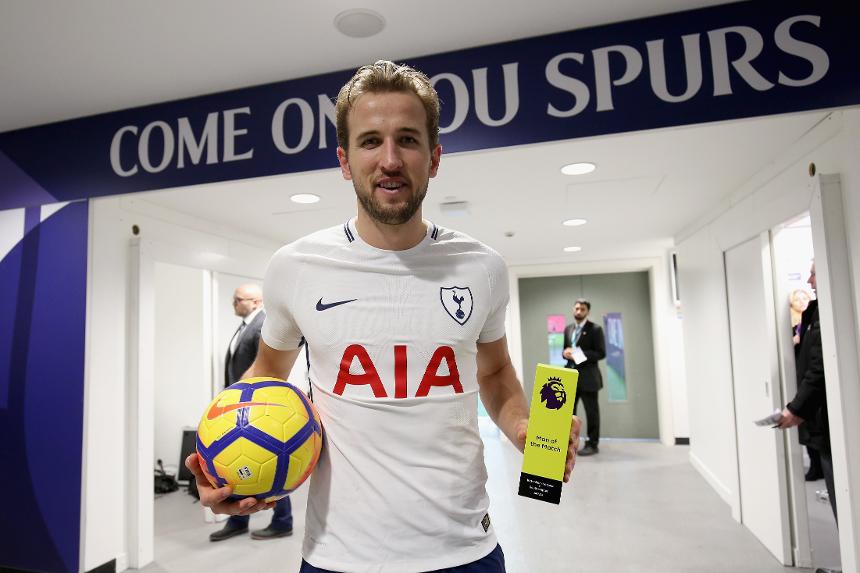 Spurs striker claims Premier League match ball for the sixth time in 2017, the best total in a calendar year

As well as beating Alan Shearer's record for calendar year goals in the Premier League, the hat-trick Harry Kane scored against Southampton edged the Tottenham Hotspur striker ahead of the PL legend for another landmark.

The treble was Kane's sixth of 2017 in the Premier League, the most a player has managed in a calendar year.

Shearer had managed five in 1995, the same year he scored the 36 goals that was beaten by Kane with his Boxing Day treble.

It took Kane's total of hat-tricks in the Premier League to eight, moving him to joint-third in the all-time rankings.

Only Shearer and Robbie Fowler have scored more and by doing it in successive matches took Kane's rate of hat-tricks above that of Luis Suarez.

Indeed only five players have scored more Premier League hat-tricks in their career than Kane has managed in this calendar year alone.

It was also the first hat-trick scored on Boxing Day in the competition for five years.

Kane became only the sixth player to score a Premier League treble on 26 December.