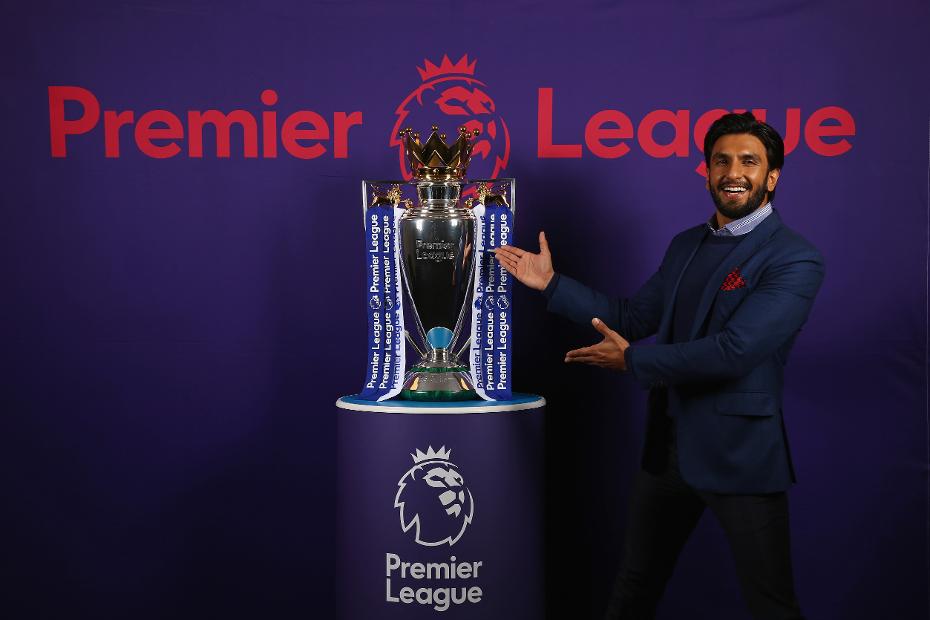 The Bollywood star is a passionate football fan and will help promote the Premier League to fans in India and globally.

Singh, famous for his lead roles in films such as Bajirao Mastani and Befikre, is a lifelong supporter of Arsenal and closely follows Premier League action throughout the season.

In this ambassadorial role, he will be working to support the League’s community initiatives across India, promote fan events and share his passion for the game.

This partnership builds on the Premier League’s existing commitment to fans and development of the game in India. The League recently hosted an international fan park in Bengaluru, which saw more than 20,000 Indian fans engage with clubs and activities.

The Premier League is committed to supporting the development of the game at both a grassroots and elite level in India and has been running the international community programme Premier Skills there since 2007.

Premier Skills is a global coaching and referee development programme which uses football as a tool to engage and develop the skills of young people. The programme is run in partnership with the British Council, the Sports Authority of India (SAI) and the Indian Super League (ISL). Since the programme’s inception a decade ago, Premier Skills projects have trained more than 1,000 local coaches and referees while reaching more than 78,000 young people in the country.

This partnership with Singh will also strengthen the relationship between the Premier League and the ISL which was first formalised in 2014, when a mutual cooperation agreement between the two was signed. This alliance has seen the two leagues exchange knowledge, strategic support and ideas around the development of the game at all levels.

To celebrate the start of the partnership, Singh will attend Arsenal v Liverpool on Friday 21 December, before starring in the Premier League Kick-Off show, which is broadcast from 4pm on Star Sports India on Saturday 23 December.

Richard Masters, Premier League Managing Director, said: “Ranveer Singh is a passionate Premier League supporter who connects with fans across India and the world. His knowledge of the game and commitment to its development and growth, both domestically and internationally, is what has led to the creation of this partnership. We look forward to working with Ranveer to encourage football fans in India to play, coach, referee and support the game.”

Singh added: “It is an honour to take on an ambassadorial role with the Premier League. I look forward to sharing my passion for football and hope that I can help develop and grow the fan base for the sport in India.”