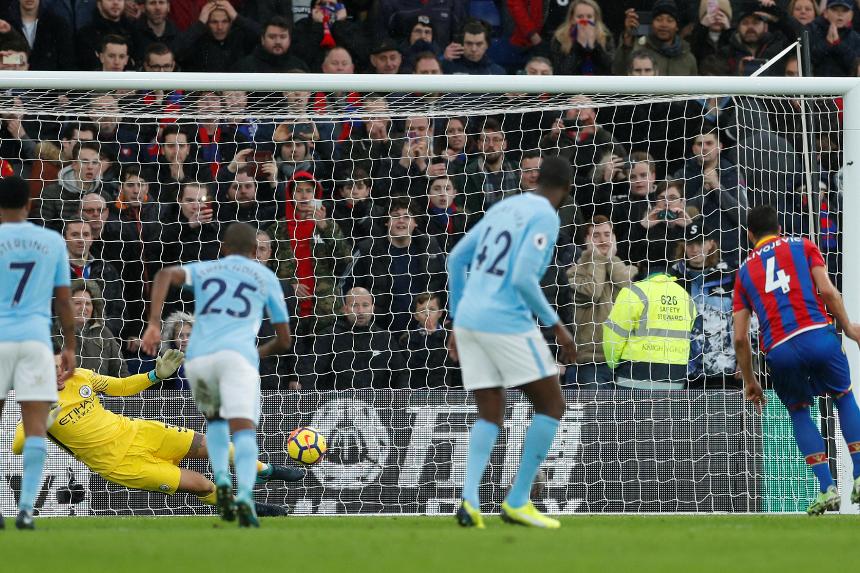 Ederson saved a stoppage-time penalty to keep Manchester City unbeaten this season with a dramatic 0-0 draw at Crystal Palace.

Palace midfielder Luka Milivojevic had the chance to inflict on City their first defeat of the campaign after Raheem Sterling had fouled Wilfried Zaha, but his penalty down the middle was stopped by Ederson's legs.

Ederson had saved Patrick van Aanholt's deflected shot in the first half before Eagles defender Scott Dann and City forward Gabriel Jesus were forced off injured.

In the second half, Leroy Sane's shot was saved at point-blank range by Palace goalkeeper Wayne Hennessey while Andros Townsend fired over a fantastic chance.

City, who lost Kevin De Bruyne to injury late on, are 14 points clear at the top.

Palace, whose midfielder Jason Puncheon was also injured, are 17th, one point above the relegation zone.