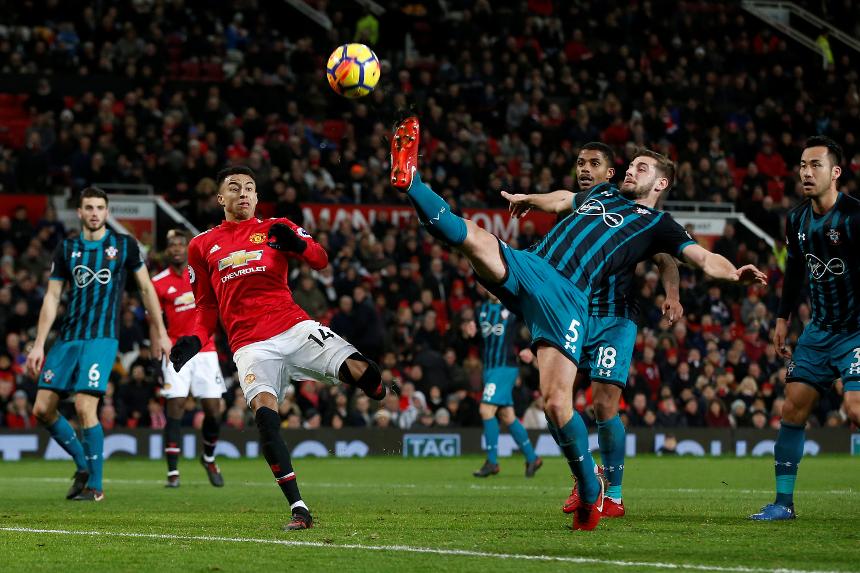 Manchester United missed out on the chance to finish the year in second position, as Southampton held them to a goalless draw at Old Trafford.

After Romelu Lukaku was taken off on a stretcher following a clash of heads with Wesley Hoedt early on, Man Utd had penalty claims turned down while Jesse Lingard headed narrowly wide.

In the second half, Saints striker Shane Long was superbly denied by the outstretched leg of David De Gea.

Paul Pogba had a goal disallowed for offside late on, as Alex McCarthy, replacing Fraser Forster in goal for Southampton, held firm to keep a clean sheet.

Man Utd drop to third, below Chelsea, who beat Stoke City. Saints move up to 13th.