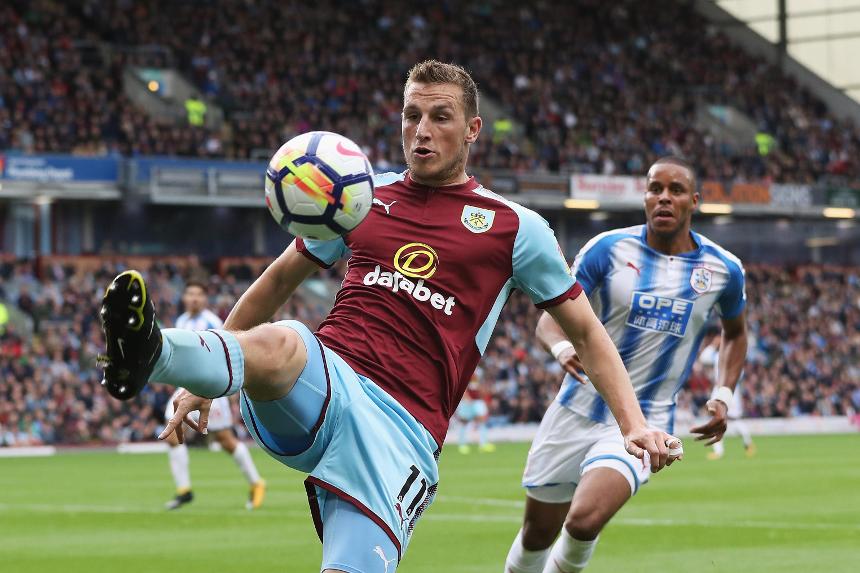 Burnley defender Stephen Ward is unlikely to return from a knee injury and James Tarkowski is still suspended, as well as recovering from a hand operation.

Striker Chris Wood (also knee) is rated as "touch and go" by manager Sean Dyche, but Dean Marney and Jon Walters have been passed fit.

Huddersfield Town lost their last home meeting with Burnley, 1-3 in March 2016 in the Championship with all four goals scored before half-time.

Burnley have lost only three of their 20 league meetings with Huddersfield Town since March 1971 (W11 D6 L3) and are unbeaten in their last four against them in league competition (W3 D1 L0).

The Terriers have scored the first goal in seven different Premier League home matches this season. Only Manchester City have done so in more (eight).

Ashley Barnes has scored twice in his last four Premier League matches, and 50% of his total goals in the competition (7 of 14) have come in December.

David Wagner: “Training is all about recovery and preparing for the next opponent; you can’t work on fitness at this stage of the season."

See: Wagner: Faith in our strengths

Sean Dyche: "They have had a really good first half of the season. It makes for a good game against two teams who are challenging themselves for different reasons."