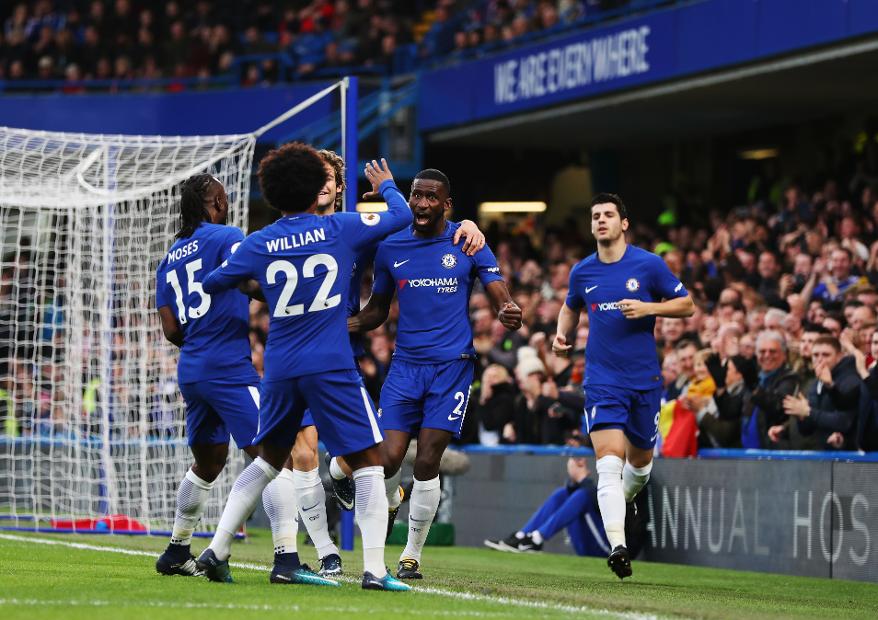 Danny Drinkwater then scored his first Chelsea goal, a volley from 25 yards, before Pedro made it 3-0 on 23 minutes from Willian's second assist.

Stoke thought they had pulled one back just before half-time but Mame Biram Diouf's effort was ruled out for handball.

Willian won and converted a penalty after the break and, on 88 minutes, Davide Zappacosta smashed in his first PL goal.

Chelsea have won seven in a row at home and go above Manchester United, who drew with Southampton. Stoke are 15th.