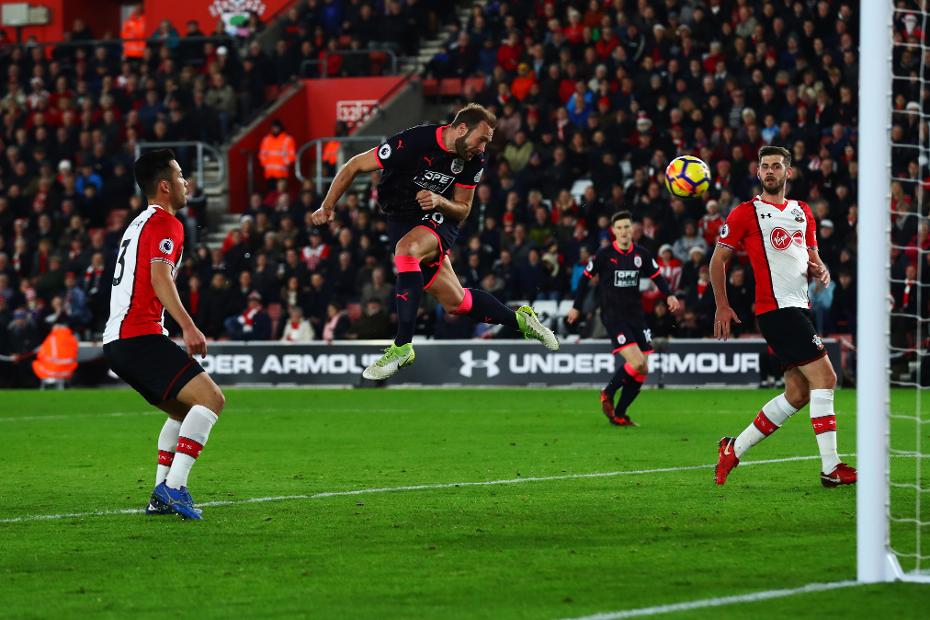 Laurent Depoitre scored for the third match in a row to earn Huddersfield Town a point at Southampton.

The unmarked striker headed home a cross from substitute Tommy Smith on 64 minutes to make it 1-1.

Charlie Austin put Southampton ahead on 24 minutes with his fifth goal in seven matches, heading in from a corner.

Austin was denied restoring Southampton’s lead by Jonas Lossl, before going off injured.

They drop to 13th, two places and three points below Huddersfield.