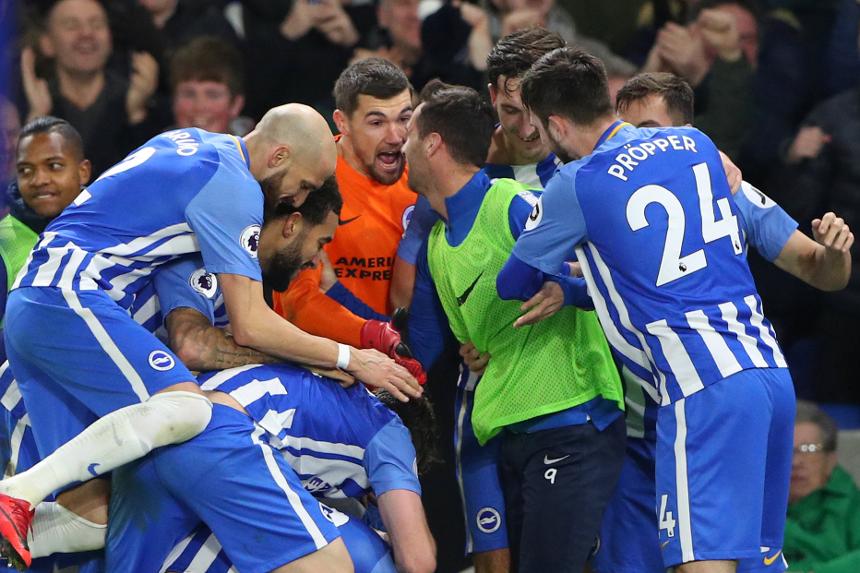 The German's third goal of the season means the Seagulls have lost only one of their last nine at Amex Stadium.

Brighton edged the first half and nearly went ahead when Connor Goldson, making his PL debut nine months on from heart surgery, tested Heurelho Gomes.

Richarlison had two half-chances for Watford but the hosts won it on 64 minutes, as Gross fired in from distance.

Chris Hughton's side climb to 12th, two places behind Watford, who are winless in six matches.