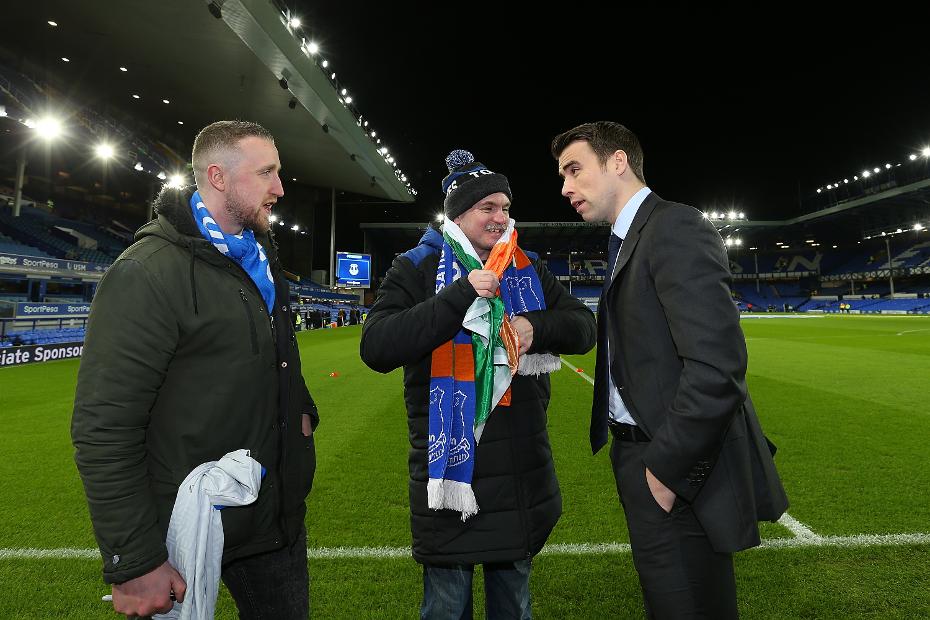 Two years ago a bond began to flourish between two Everton fans in Athlone, Ireland.

Francis Conmey has Asperger's syndrome and lives above the shop in Athlone where Eoin Mulligan, a fellow Toffees fan, works.

"Myself and Francis first bonded over our love for Everton and his knowledge of the club, its history and football in general is incredible," explains Eoin.

"I thought I knew my stuff about Everton but Francis really does know his history!"

One day Eoin surprised Francis with a new Everton shirt, but he wanted to give his friend a memory to cherish, while also spreading awareness and education about autism.

So Eoin started a fundraising campaign and raised enough money for him and Francis to travel to Merseyside to watch a match together for the first time.

However, upon arrival in Liverpool, Francis fell ill and he and Eoin could not attend the UEFA Europa League match against Hajduk Split in August.

Seamus Coleman, the Everton right-back, heard the story of his fellow Irishmen and decided to help the pair go one better.

He stepped in to donate £1,800 to bring Eoin and Francis back to Merseyside.

"To have received such a generous donation from Seamus shows the measure of the man," says Eoin.

"This has been an amazing journey and we can't thank Seamus and the club enough for helping us come over to watch the match."

It was a night to remember for the pair as they got to meet Coleman, pictured above right with Francis, centre, and Eoin, left, as well as other Toffees heroes.

They also watched Everton beat West Ham United 4-0, with Wayne Rooney, the player on the back of Francis's shirt, scoring a hat-trick.

💙 | Two Irish Toffees and the generosity of Seamus Coleman.