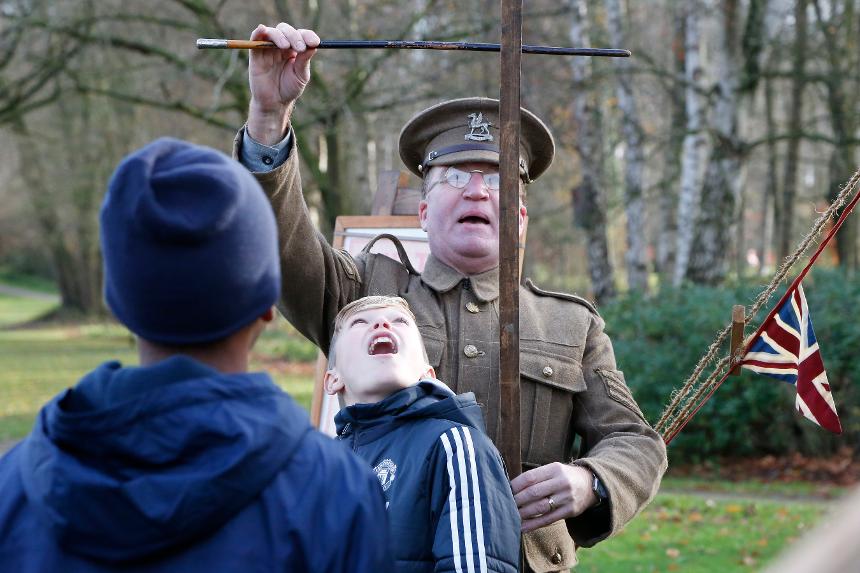 The Premier League Truce Tournament has been praised by a government minister for helping youngsters to understand about the important role of the Armed Forces.

Rt Hon Tobias Ellwood MP, the Minister for Defence People and Veterans, attended the Tournament in Ypres last Friday and saw the Under-12 teams from 12 clubs - six from England and six from Belgium, France, Germany and the United States - learn about the sacrifices made by millions during the First World War.

"The Premier League does a huge amount of work to help our veterans, to support our Armed Forces and to encourage youngsters to understand what it's all about," said Ellwood, who was in the army for six years. "This tournament builds on that.

"It's just one of many pillars that the Premier League is doing to inspire youngsters to understand what our Armed Forces do; their bravery, their stoicism, their leadership, their commitment and the importance of having a society."

As well as the visits to cemeteries and to memorials for fallen soldiers, the boys also exchanged gifts with players from other countries to replicate the comradeship that took place on Christmas Eve and Christmas Day in 1914, when troops who had fought against each other the day before played football together in no man's land between the trenches.

This experience forms a vital part of the tournament, in addition to the football on the pitch.

"We see a real big part of the players being that holistic development as well," Neil Saunders, the Premier League's Head of Youth, said. "Not only on the pitch but working with their staff and coaches to develop them as young people.

"Coming out here puts into perspective how fortunate the boys are, and the sacrifices that past generations have made for them to play football in fantastic facilities, under expert coaches."