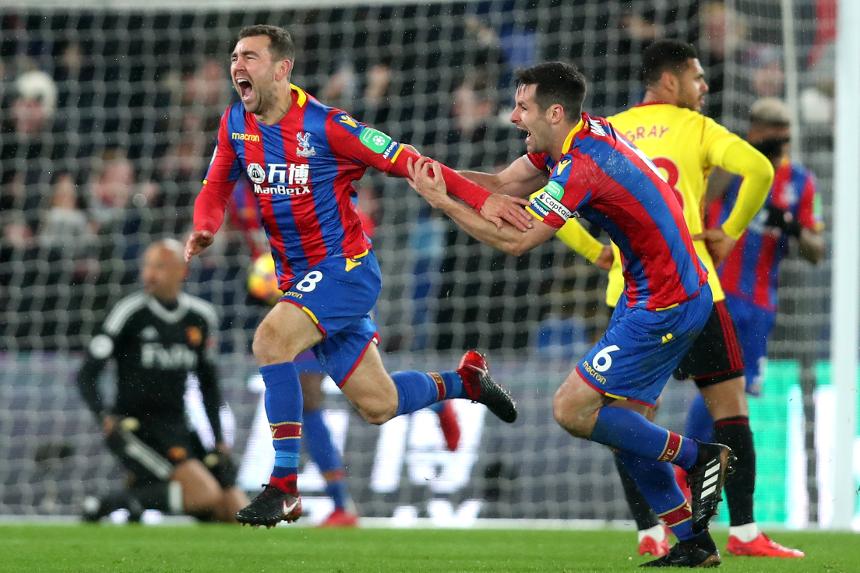 Bakary Sako and James McArthur both came off the bench to pluck victory from the jaws of defeat, as Crystal Palace moved out of the relegation zone for the first time this season with a 2-1 win over Watford.

Janmaat and Troy Deeney missed chances to double Watford's lead, due to interventions from Scott Dann, before Julian Speroni saved from Richarlison.

But after Tom Cleverley received a second booking in the 87th minute, Palace scored twice.

Palace rise from bottom to 17th, while Watford remain ninth.