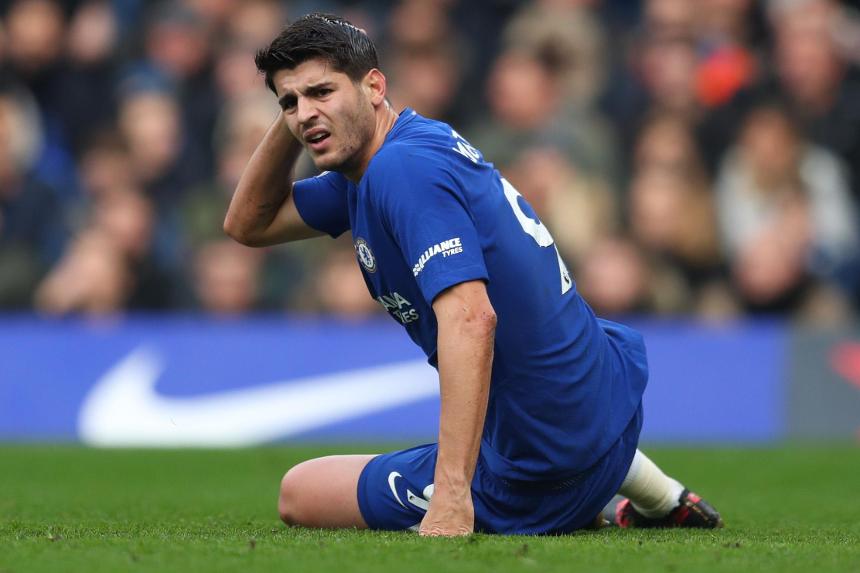 Conte: Morata out but Drinkwater returns External Link
Scout Selection: Austin backed to fire
Captain candidates: Kane on the up at Wembley

Alvaro Morata (£10.8m) is suffering more Fantasy Premier League sales after being ruled out of Gameweek 17.

Morata is owned by 29.3% of the game and ranks second behind Harry Kane (£12.9m) in the forward standings.

But he will miss Chelsea's trip to Huddersfield Town with a back injury.

Morata is being shifted out of squads at pace ahead of tonight's 18:45 GMT deadline, with more than 467,000 selling him.

His absence could persuade head coach Antonio Conte to move to a 3-4-2-1 formation at John Smith's Stadium.

Another premium-priced forward is pushing for a return to the Manchester City line-up.

Sergio Aguero (£11.6m) was handed the captaincy by 5.3% of managers for Gameweek 16 after starting three successive PL matches.

And having been rested for the Manchester derby, he could now replace Gabriel Jesus (£10.3m) away to a Swansea City side who have allowed the second-most shots on target this season (78).

Swansea's Tammy Abraham (£5.9m) may have to settle for a place on the bench against the leaders.

He could start if head coach Paul Clement opts for a lone striker system, leaving Abraham to make an impact from the bench.

Sold by 55,000+ managers in the Gameweek, Abraham has produced attacking returns in two of his three substitute appearances.

The Welshman had produced a goal or assist in six of the previous seven Gameweeks prior to Sunday's draw at Southampton.

But after sustaining a hamstring problem at St Mary's Stadium, Ramsey is the most transferred-out midfielder in the Gameweek with 41,000+ sales.

Liverpool duo Philippe Coutinho (£9.0m) and Roberto Firmino (£8.5m) look set for a return to the teamsheet at home to West Brom.

They were drafted in by 298,000 and 220,000 FPL managers respectively for the Gameweek 16 Merseyside derby but were used only as second-half substitutes.

Manager Jurgen Klopp could revert to his preferred 4-3-3 set-up against the Baggies. This would allow Coutinho to feature in central midfield, with Firmino flanked by Sadio Mane (£9.4m) and Mohamed Salah (£9.9m) in a front three.

The defender had supplied 28 points in the three Gameweeks before getting injured in the 2-2 draw with AFC Bournemouth.

Scott Dann (£4.7m) is set to return to Roy Hodgson's back four having replaced Sakho to score Palace's second goal against the Cherries.