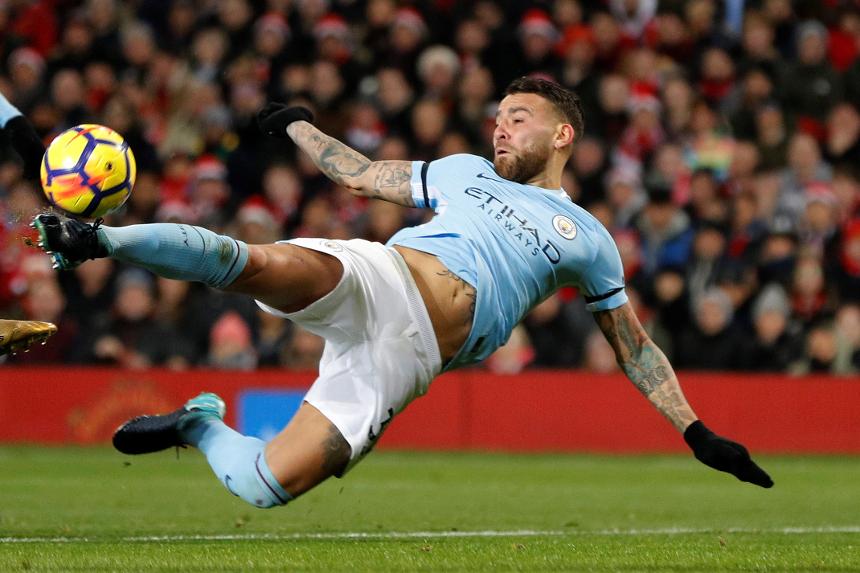 With back-to-back goals, the Manchester City defender has already earned more transfers (91,000+) than any other player ahead of Gameweek 17.

How are bonus points decided?

Extra points are awarded in matches according to the Bonus Points System (BPS).

It uses a range of statistics supplied by Opta that capture actions on the pitch, creating a performance score for each player.

Otamendi collected 31 points in the BPS at Old Trafford.

Twelve of those points came from his goal, with another three awarded as his close-range strike also proved to be the winning goal.

Why Otamendi excels in the BPS

The centre-back’s other 16 points help to show how he is so dominant in the BPS.

Otamendi made six clearances, blocks and interceptions (CBI) to pick up another two points.

Over the season, no Man City defender has made more CBI than Otamendi’s tally of 87.

He also gained an extra BPS point for tackles won and, again, with 27 in total, no other defensive team-mate can match the Argentinian over the campaign.

But it doesn't stop there.

Otamendi's passing has also been a key factor.

He completed 89% of his 67 attempted passes against Man Utd. This rewarded him with another four points in the BPS.

No other FPL defender has made more than his 1,323 passes this season, with Otamendi the top player for successful passes (1,205).

The combination of these actions means he thrives in the BPS when Pep Guardiola's side earn a clean sheet.

And when he adds his goals to the mix, his appeal as an FPL target is clear.

On current form, it is difficult to argue with Otamendi’s status as the go-to defender.