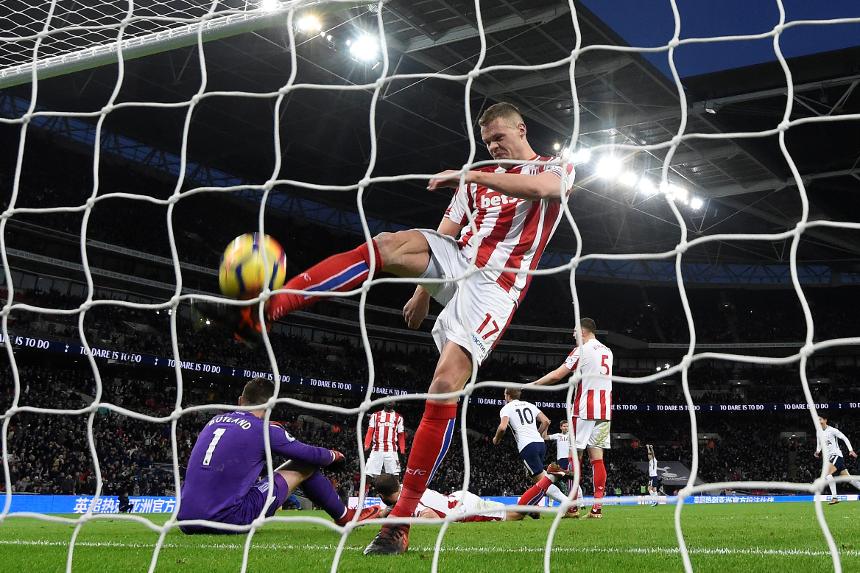 Stoke City captain becomes 46th player to score for and against his side in the Premier League, but who has done so for your club?

When Ryan Shawcross headed in a late consolation goal in their 5-1 defeat by Tottenham Hotspur, he became the first Stoke City player to score at both ends in the same Premier League match.

He was the 46th player overall to achieve this feat, which was first accomplished by Clive Wilson for Queens Park Rangers v Norwich City in March 1995.

Only two of these players have left a match with a positive goal account: John Barnes (Liverpool v Tottenham Hotspur, 26 August 1995) and Wayne Rooney (Manchester United v Stoke, 20 October 2012) both scored two goals at the right end as well as one at the wrong.

All but six of the 20 present PL clubs have experienced a player putting the ball in the right and wrong nets in the same fixture.

The teams to have suffered this fate the most are Arsenal and Southampton, with four occasions each.

So who are the players who have turned heroes from villains, or vice versa, for current PL clubs?