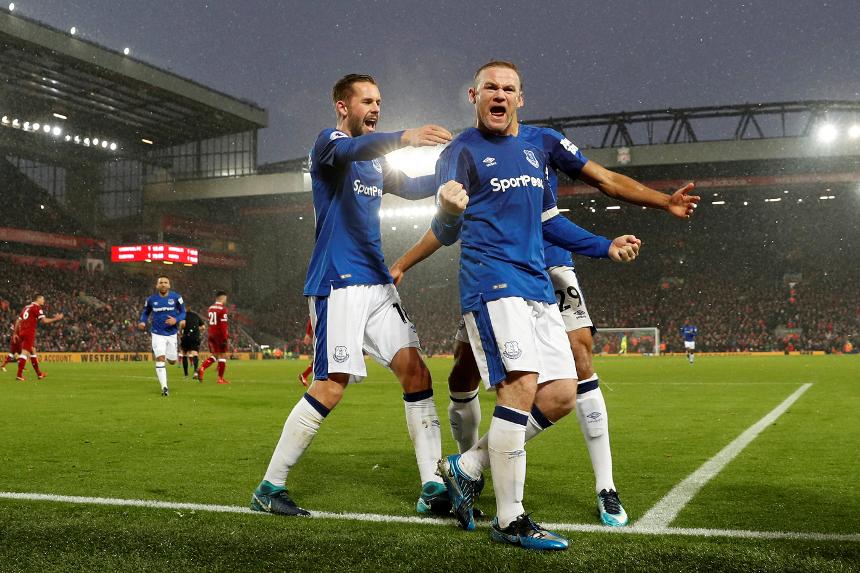 Liverpool had dominated the match but had only a brilliant Mohamed Salah goal, three minutes before half-time, to show for it.

But, with 15 minutes remaining, Dejan Lovren pushed over Dominic Calvert-Lewin in the area when chasing a ball to allow Rooney to level from the penalty spot.

Philippe Coutinho, who, with Roberto Firmino had started on the bench, tried to win it with a late free-kick but it was claimed by Jordan Pickford.

The draw means Liverpool stay fourth, while Everton returned to 10th, above Southampton, who had temporarily gone above them.