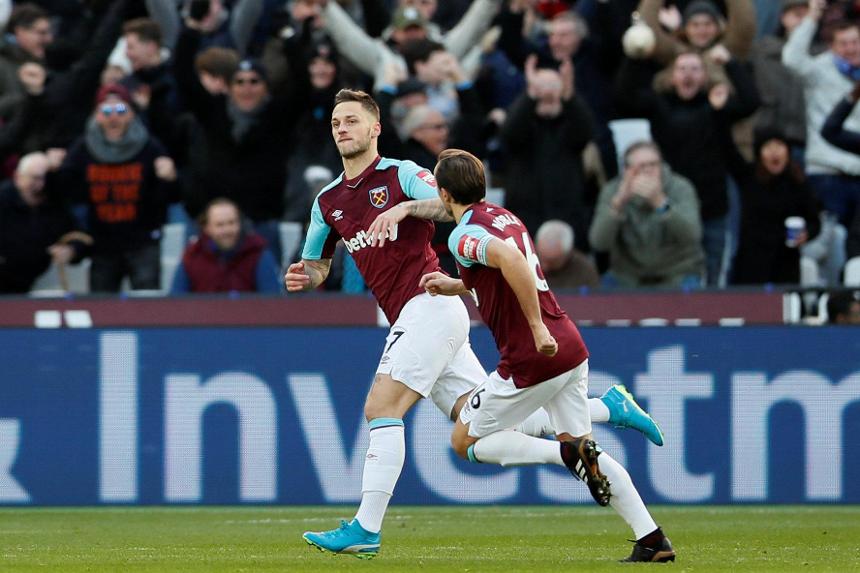 West Ham started brightly and took the lead on six minutes when Arnautovic netted his first goal for the club after a one-two with Manuel Lanzini.

Chelsea dominated possession as they searched for an equaliser but Adrian saved from N'Golo Kante and Davide Zappacosta in the first half, while Alvaro Morata and Eden Hazard missed good chances late on.

West Ham's first win in nine matches moves them to 18th place, while Chelsea remain in third, 11 points behind leaders Man City, who play on Sunday.