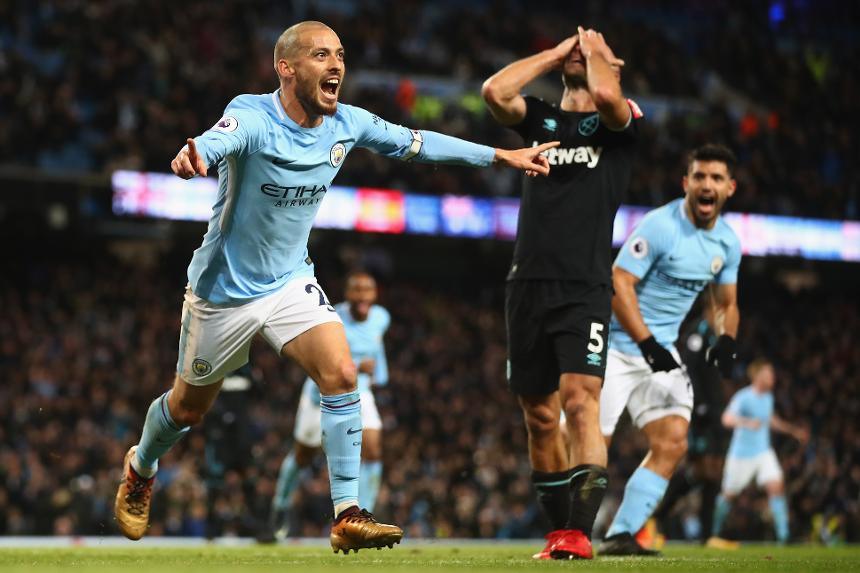 The midfielder converted Kevin De Bruyne's sublime cross with seven minutes remaining as City came from behind to beat West Ham United 2-1 at the Etihad Stadium.

The match seemed to heading for a draw after Angelo Ogbonna's header just before half-time was cancelled out by Nicolas Otamendi's close-range goal on 57 minutes.

Manchester City piled on the pressure and after Adrian made a string of saves from Leroy Sane and substitute Gabriel Jesus, he was beaten when Silva diverted De Bruyne's cross into the net.

Diafra Sakho missed a late chance to equalise for the visitors but Man City held on to maintain their eight-point lead at the top of the table, while West Ham remain in the bottom three, three points from safety.