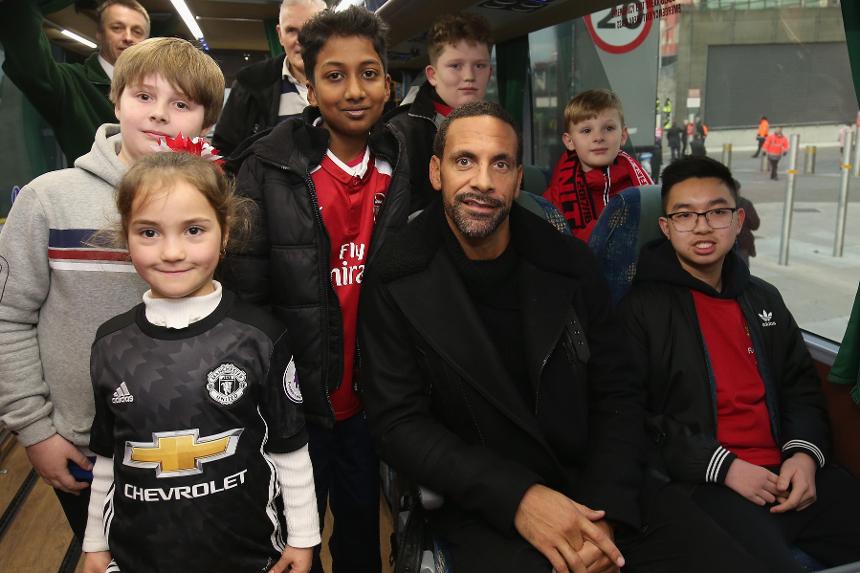 Manchester United's 3-1 win at Arsenal was especially thrilling for a set of United fans who were able to go see the match at Emirates Stadium thanks to a new service launched by the Premier League.

Participants of the Premier League & BT Disability Fund programme run by the Manchester United Foundation travelled down from Old Trafford to north London with ease and comfort in a Jumbulance, a cross between a coach and an ambulance.

A Jumbulance has space for wheelchairs and stretcher beds, and provides travel for children and adults with disabilities or serious health issues.

The Premier League has started a five-year sponsorship of the accessible Jumbulance service, which will involve the Jumbulance being made available for matchday travel for disabled supporters who are heading to Premier League away fixtures, as well as club community groups.

"We're delighted to work together with The Premier League to make sport more accessible, within football and also across a broad range of groups and activities," said Jumbulance trustee Richard Field.

In support of the BT & Premier League Disability initiative, @mrjakehumphrey and @rioferdy5 met youngsters who have been the first to use a @jumbulanceuk accessible coach ahead of the big Arsenal vs Man Utd game.

Before the match the United fans who travelled on the Jumbulance met BT Sport pundit and former Manchester United defender Rio Ferdinand, joined in activities with their counterparts from Arsenal in the Community at the Arsenal Hub next to Emirates Stadium, before heading to the match.

"We hope that sponsoring the Jumbulance for the next five years will help make going to football more accessible for fans," said Premier League Executive Chairman, Richard Scudamore. "Not only that, but we are now able to offer club community teams who are running Premier League and BT Disability sessions the opportunity to travel to meet, play and socialise regularly.

"Having a vehicle so well-equipped will help simplify travel arrangements for teams and in giving them the capacity to travel together, will also enable them to enjoy the comradery that first team squads enjoy on their coaches ahead of a fixture."