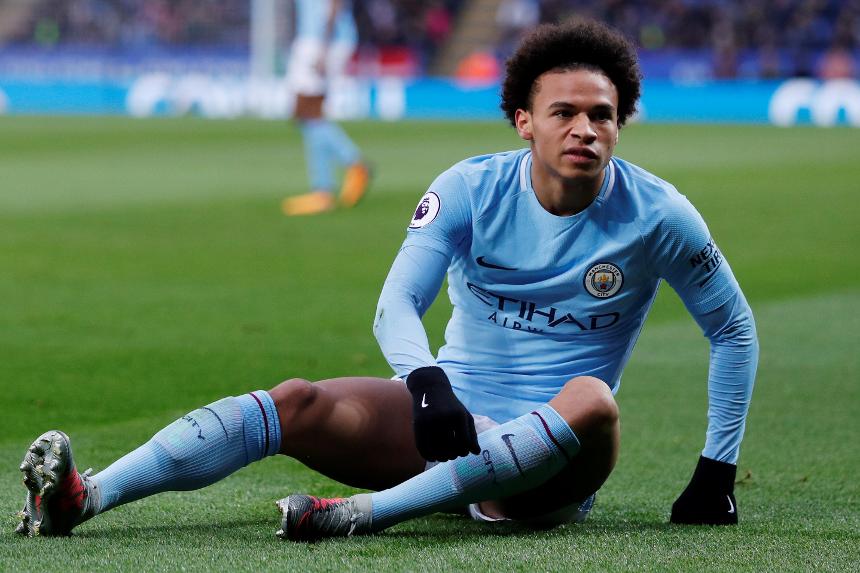 Man City winger is back in training but will Pep Guardiola play him in GW15 and risk suspension for the Manchester derby?

Leroy Sane (£8.9m) is expected to return into contention for Fantasy Premier League managers in Gameweek 15.

The winger missed the midweek win over Southampton with a virus but has trained ahead of Sunday’s visit from West Ham United.

It hands both FPL managers and his head coach Pep Guardiola a selection headache.

Along with team-mates Vincent Kompany (£5.8m) and Fernandinho (£5.2m), he is one yellow card away from a single-match suspension.

With a derby against Manchester United next weekend, Guardiola must decide whether to risk starting the trio against the Hammers.

Mohamed Salah (£9.8m) and Philippe Coutinho (£8.8m) are expected to return to the Liverpool teamsheet at Brighton & Hove Albion.

Both started on the bench in midweek, with Salah requiring only 23 minutes to produce two goals and 13 points at Stoke City.

He is the most popular player in FPL with 51.5% ownership, although Coutinho is found in just 5% of squads.

His average of 6.4 points per match is ranked fourth among midfielders.

The Brazilian could prove an effective differential over a run of six matches in the next seven that score two in the Fixture Difficulty Rankings (FDR).

Eden Hazard (£10.7m) and Cesar Azpilicueta (£6.9m) are also poised for a return to action having been benched in midweek.

The third most-bought player, by 163,000+ managers, for Gameweek 14, Hazard played only nine minutes for Chelsea against Swansea City on Wednesday.

That rest will prepare the Belgian for the visit of Newcastle United as he bids to maintain the form that produced three goals and two assists over the last five Gameweeks.

Sanchez to play up front?

Arsenal will take on Manchester United on Saturday evening without Alexandre Lacazette (£10.3m).

With the Frenchman ruled out through injury, manager Arsene Wenger could shift Alexis Sanchez (£11.8m) into the lone striker role.

The Chilean was last season’s top-scoring FPL player and has struck in each of the last three Gameweeks.

He is expected to recover from a minor hamstring problem, although Olivier Giroud (£8.2m) and Danny Welbeck (£7.3m) are alternatives for Wenger.

Jose Mourinho is again without central defenders Phil Jones (£5.4m) and Eric Bailly (£6.1m) for the visit to north London.

Those injuries to key defenders and a recent run of two clean sheets in the last six Gameweeks has had an impact on the FPL market.