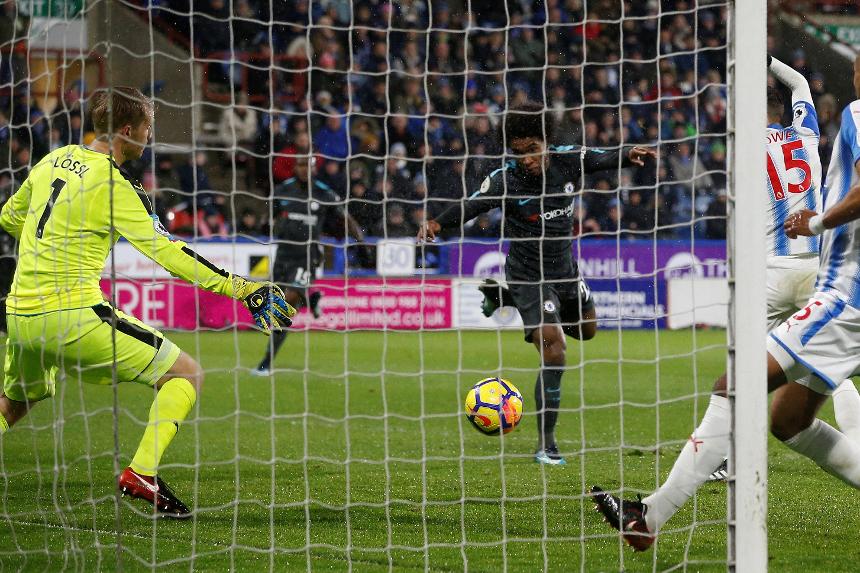 Willian got Chelsea back to winning ways as he inspired a 3-1 victory at Huddersfield Town.

Recalled to the starting XI, Willian played in Tiemoue Bakayoko, who lifted the ball over Jonas Lossl into the net after 23 minutes at John Smith's Stadium.

Then, with two minutes of the first half remaining, the Brazilian headed in from a Marcos Alonso cross.

Five minutes after the break, Willian provided his second assist of the match, passing to Pedro, who curled his strike into the top corner.

Laurent Depoitre scored a late headed consolation for the Terriers as third-placed Chelsea went level with Manchester United on 35 points.

Huddersfield are 12th with 18 points.