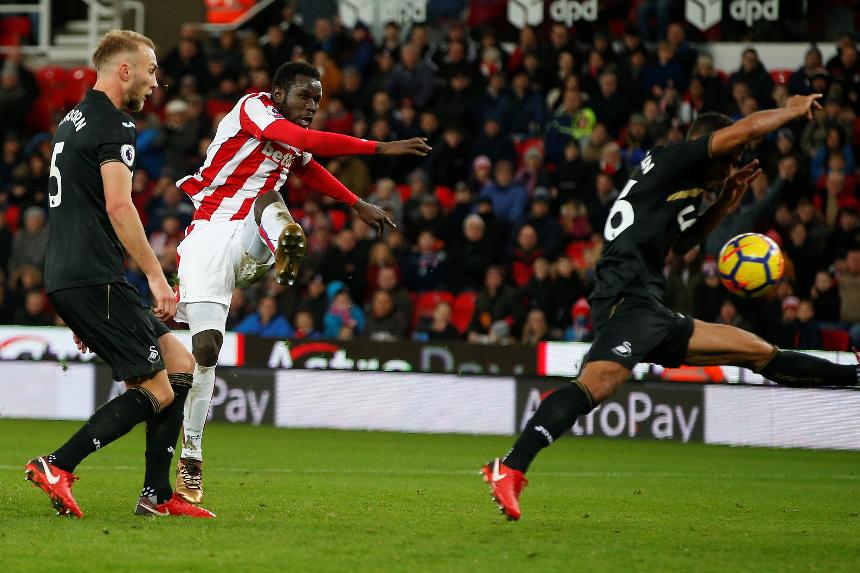 Mame Biram Diouf scored the winner as Stoke City came from behind to beat Swansea City 2-1 at bet365 Stadium.

Swansea took the lead after three minutes when Wilfried Bony fired in his first goal since returning to Swansea.

Stoke responded well and were level on 36 minutes, Joe Allen playing in Xherdan Shaqiri who poked the ball beyond Lukasz Fabianski.

Five minutes before half-time, Diouf got on to a Peter Crouch flick and slotted Stoke ahead.

Despite losing Bruno Martins Indi to injury Stoke held on for their first win in five Premier League matches and moved up to 13th.

The defeat sent Swansea to the bottom of the table.