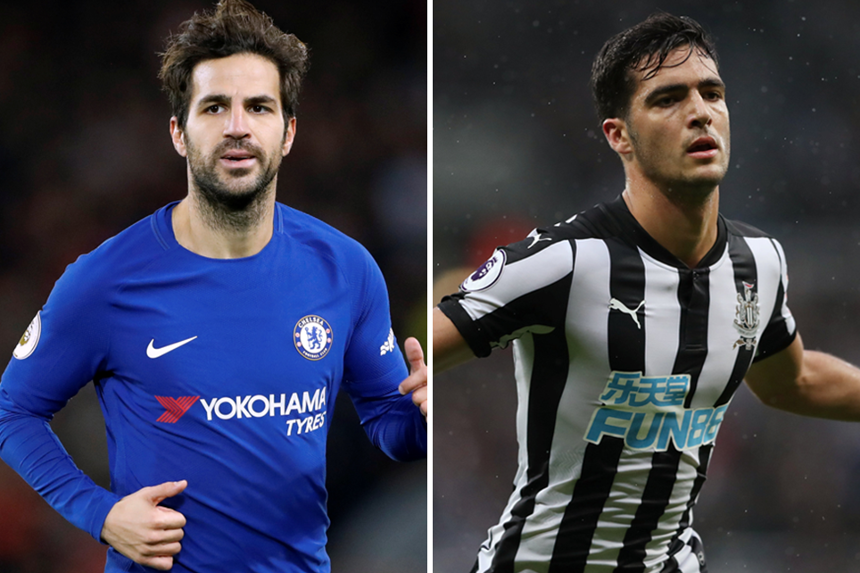 By numbers: Fabregas's importance to Chelsea in 2017/18 External Link

Newcastle United will need Mikel Merino to get the better of Cesc Fabregas if they are to improve their record of only one win in 22 Premier League matches at Chelsea, writes Ollie Francis of Sky Sports.

Fabregas has become a mainstay of Antonio Conte’s team. The Spaniard has started 11 of their 14 matches having started only 13 in the whole of last season.

Creativity has always been at the forefront of his game, and he has created the second-most chances in the Premier League this season.

But he is also the Chelsea player with the most successful passes and has made over 250 more passes in the opposition half than any team-mate. Furthermore, only Marcos Alonso and Cesar Azpilicueta have covered more distance.

Hoping to stop Fabregas and his array of talents will be Merino.

It was Merino who scored Newcastle's last winning goal, against Crystal Palace on 21 October, but he will be expecting to do more defensive work this weekend.

Merino has made more tackles and interceptions than any other Newcastle player. He is also just behind Matt Ritchie for their most passes and successful passes, despite playing more than 500 minutes fewer.

Newcastle's most tackles and interceptions

Five of Newcastle's seven Premier League defeats this season have come when Merino hasn't been named in their starting line-up, so the Spaniard's return to the starting XI could be a good omen for Benitez in his first match against Chelsea since his spell there as manager in 2012/13.

See: The player who has created more chances than Fabregas