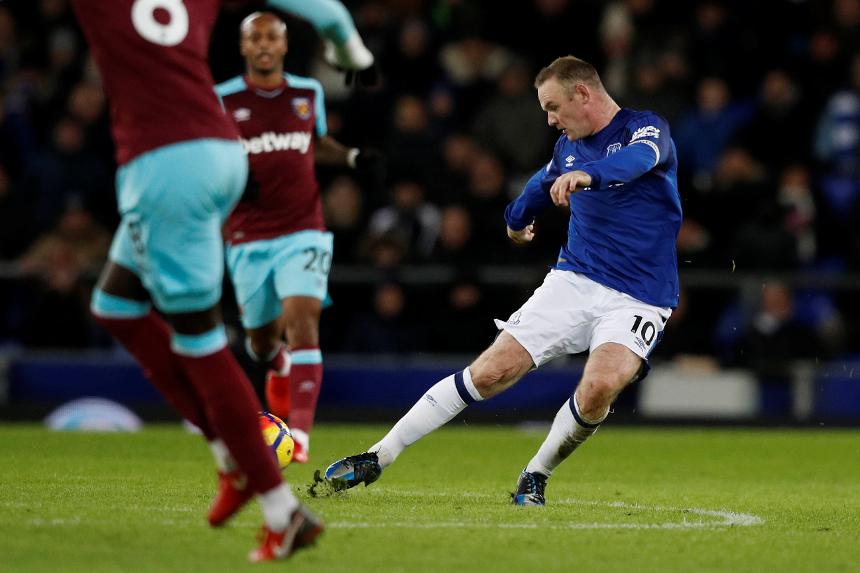 Rooney: Goal was one of my greatest External Link

Was Wayne Rooney's goal from inside his own half for Everton against West Ham United on Wednesday night the best long-range goal in Premier League history?

Review other great goals from distance and vote on the best in the poll below.

David Beckham was one of several up-and-coming talented players in Sir Alex Ferguson's Manchester United team of 1996 and the 21-year-old announced himself to the world with an audacious effort over Neil Sullivan's head against Wimbledon at Selhurst Park.

There seemed little on when Wigan Athletic were awarded a free kick just inside the Stoke City half at the Britannia Stadium in 2009/10.

But no one told Maynor Figueroa, as the Honduran took the set-piece first time and arced the ball over Thomas Sorensen.

Eight months after scoring from his own half in the FA Cup against Luton Town, Xabi Alonso repeated the feat for Liverpool against Newcastle United at the start of the 2006/07 season.

Rooney's sensational strike at Goodison was not the first long-distance goal he has scored against West Ham.

Back in 2013/14 at Upton Park, after shaking off a challenge from James Tomkins, he latched on to a bouncing ball and dispatched it 50 metres over a back-pedalling Adrian. And all before a watching Beckham.

It was not the first time he had tried to score from within his own half, but, at Stamford Bridge, Stoke's Charlie Adam pulled it off with aplomb, beating the advanced Thibaut Courtois.