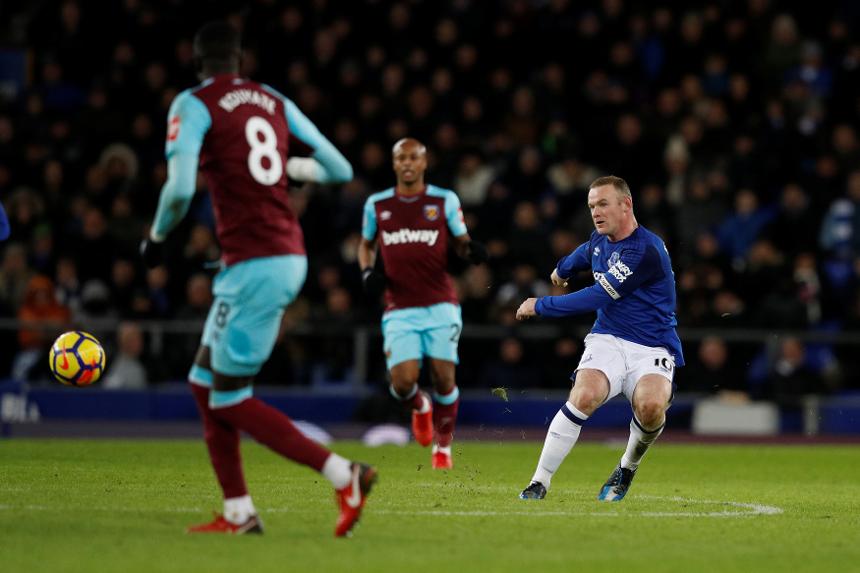 Rooney: Goal was one of my greatest External Link

Wayne Rooney ended a six-year wait for a Premier League hat-trick on Wednesday night, and set a competition record in the process.

The Everton striker arrowed in a sensational third goal from 58 yards out during a 4-0 victory over West Ham United, the furthest distance for a PL goal since Charlie Adam’s strike for Stoke City at Chelsea in April 2015.

As a result, Rooney ended a 2,272-day wait for a Premier League treble, last claiming the match ball for Manchester United at Bolton Wanderers on 10 September 2011.

That is the longest run of days between hat-tricks for any player in Premier League history, surpassing Jermain Defoe’s record of 2,243 between November 2009 and January 2016.

It was also a first Everton hat-trick for Rooney, who has now scored 14 goals against the Hammers, the most by any player.

The former England captain has scored seven goals in 12 PL matches for Everton this term, more than he did in 25 outings for Man Utd last season.