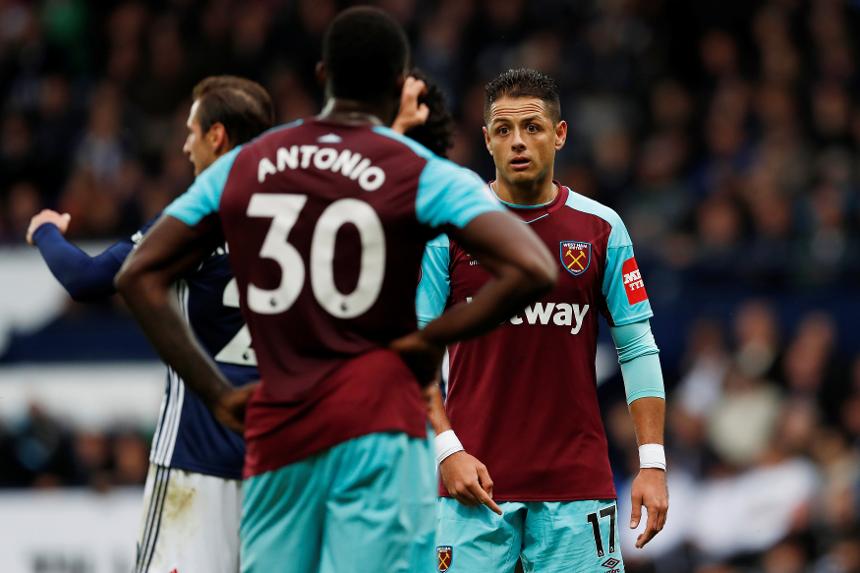 Manchester City winger Leroy Sane is back in training after illness but Pep Guardiola has hinted at further rotation of his squad.

West Ham United are still without Chicharito (thigh), Andy Carroll (knee) and Jose Fonte (ankle). Winston Reid (hamstring) is to be assessed and Joe Hart is ineligible against his parent club.

Manchester City have won nine of their 11 Premier League matches against West Ham United at the Etihad Stadium (D1 L1), scoring in each meeting between the clubs at the stadium.

Pep Guardiola: “I am worried about the bookings, Manchester United is an important game, but West Ham is as well. Nine games in one month...every player has to play.”

David Moyes: "I think there's ways to play against them. They've got weaknesses. Going forward though they've got people that can create and take chances. We've got to make sure we're in the game."

See: Moyes on Chicharito and Reid