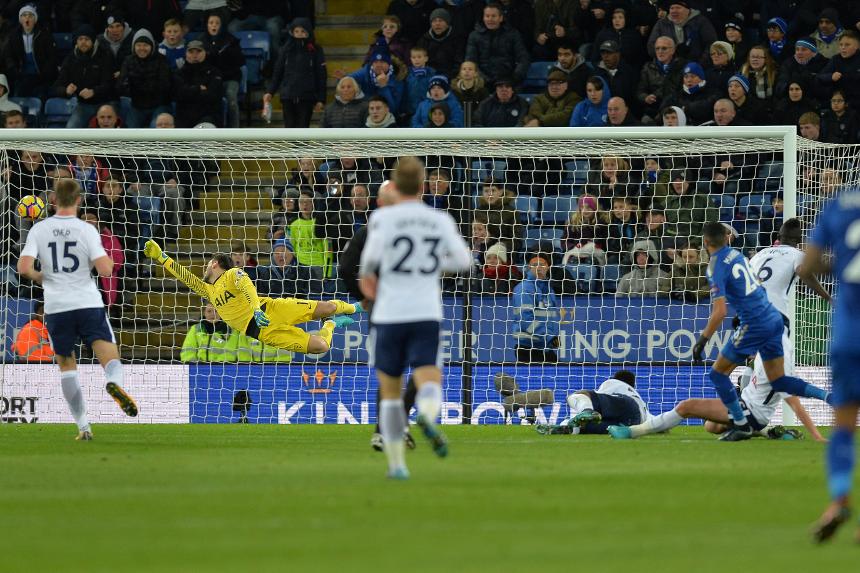 First-half goals from Jamie Vardy and Riyad Mahrez lifted Leicester City into the top half of the Premier League with victory over Tottenham Hotspur.

Vardy fired the home side ahead after 13 minutes with a first-time volley from Marc Albrighton’s cross.

Harry Kane converted Erik Lamela’s pass after 79 minutes for his 11th goal in 10 appearances against Leicester.

But the Foxes held on as fifth-placed Spurs lost a third successive Premier League away match for the first time since March 2014.