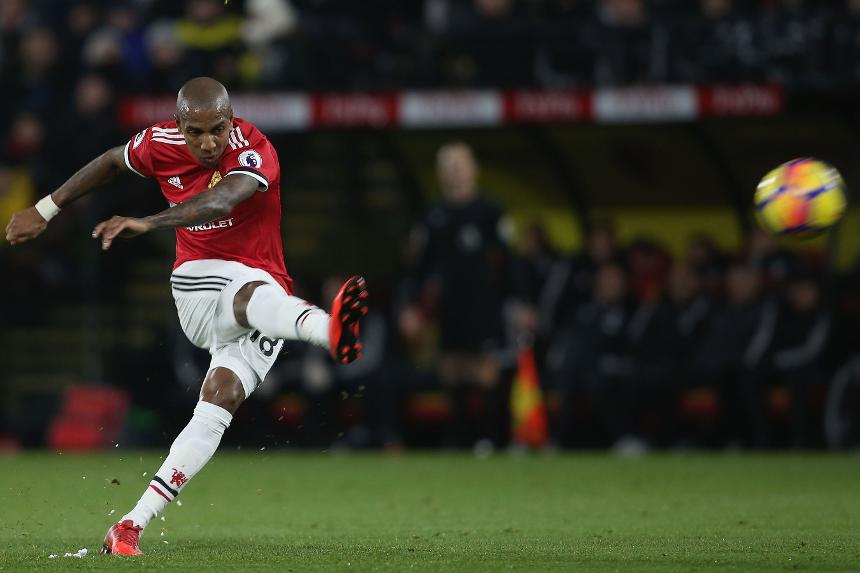 Young scored his opener with a low shot from Jesse Lingard's pass before curling in a superb free-kick to double the lead.

Anthony Martial struck a third and Watford goalkeeper Heurelho Gomes made a double save to deny Romelu Lukaku and Lingard before Richarlison headed on to the bar.