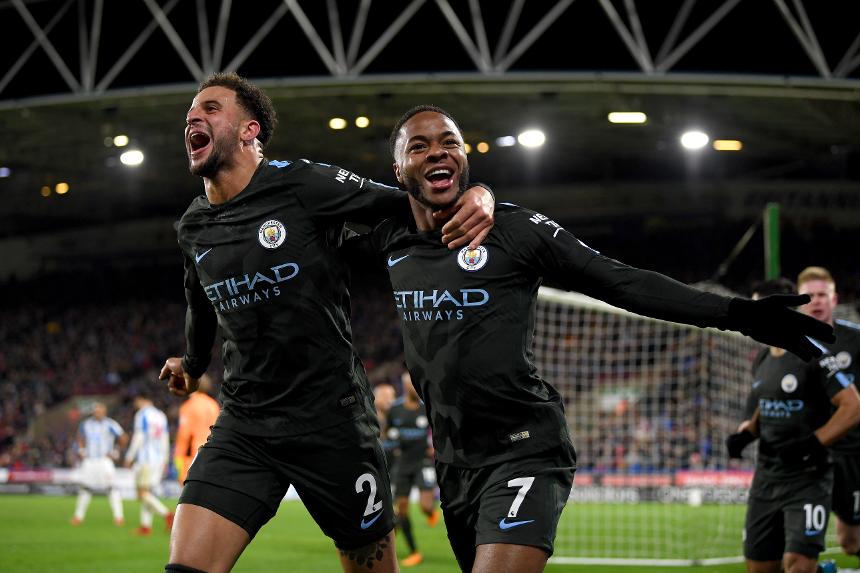 Raheem Sterling struck late on as Manchester City came from behind to earn a 2-1 win at Huddersfield Town.

Pep Guardiola’s dominant side fell behind in first-half stoppage time when Nicolas Otamendi deflected Christopher Schindler's header into his own net.

City levelled on 47 minutes when Sterling was fouled by Scott Malone and Sergio Aguero scored from the spot for his ninth PL goal of the season.

Leroy Sane crashed a free-kick against the bar but City’s pressure told six minutes from time when Gabriel Jesus’ shot was saved by Jonas Lossl only to loop back in off Sterling.

City move eight points clear at the top following this record 11th consecutive PL away win. Huddersfield, for whom Rajiv van La Parra was dismissed after the final whistle, are 15th.