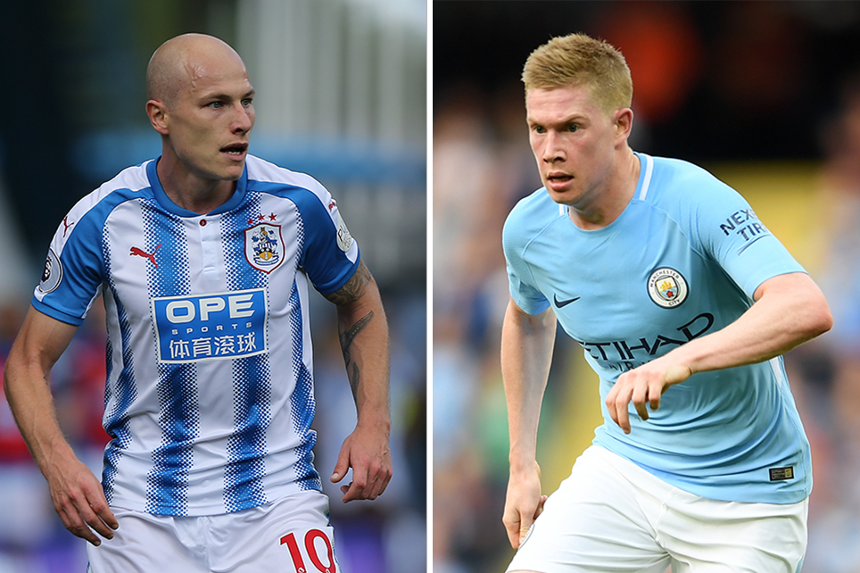 Lolo: We have to be ready and focused External Link

Huddersfield Town will look to former Manchester City player Aaron Mooy when they bid to become the first team since August to stop the leaders from winning on Saturday, writes Sky Sports’ Will Rickson.

Mooy will have his hands full trying to stifle the threat of the in-form Kevin De Bruyne.

The Belgian's recent form in the Premier League has been outstanding. Last season De Bruyne recorded a City record of 18 PL assists, and his tally of six this term is bettered only by team-mate David Silva.

With De Bruyne and company in such magnificent form, it is easy to understand why Mooy made the permanent move to Huddersfield after helping them gain promotion to the PL for the first time while on loan.

Mooy is the only player from the Yorkshire side to have both scored and assisted goals in the Premier League, while his tally of 20 chances created is more than double that of any team-mate.

Not only has he made important attacking contributions, but Mooy is also the main Terrier when it comes to recovering possession. In fact, only two players have attempted more tackles across the competition this season.

If De Bruyne is to be contained on Sunday and Huddersfield are to achieve an impressive Manchester double, that tenacious tackling from Mooy is likely to feature heavily in this key battle.

See: Which PL players have made the most tackles?