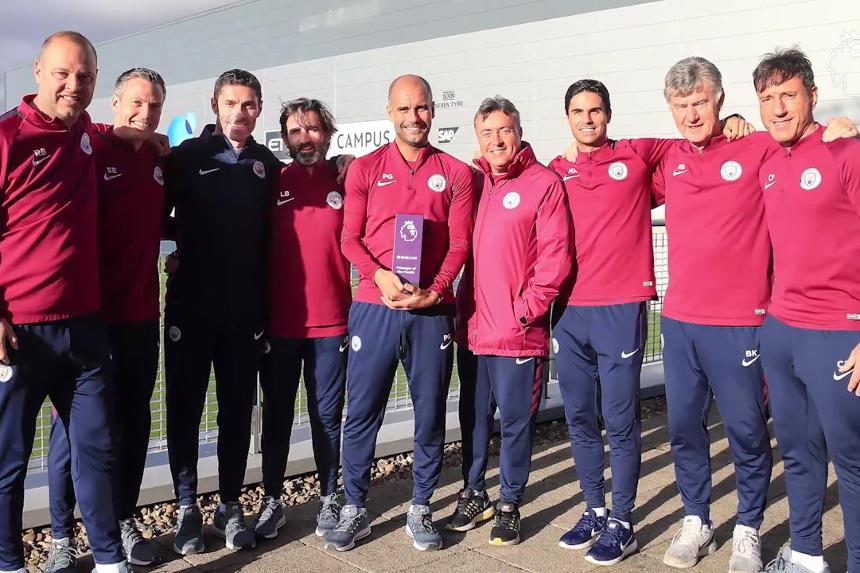 Pep Guardiola has won the Barclays Manager of the Month award for October, the second month in a row the Manchester City head coach has claimed the prize.

He beat Mauricio Pochettino, Arsene Wenger and Sean Dyche, after his side won all three fixtures in October.

They beat Stoke City, Burnley and West Bromwich Albion during the month, scoring 13 goals in the process.

The Spaniard, who has claimed the award three times since moving to the Premier League last season, was selected by a combination of votes from a panel of experts and the public.

See: Past Barclays Manager of the Month winners