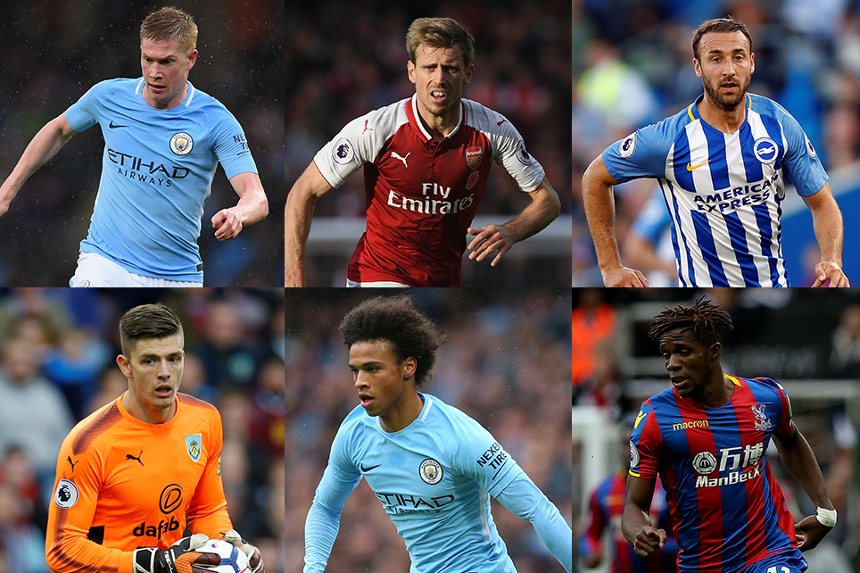 Six players have been nominated for the EA SPORTS Player of the Month award for October, and you can help to decide the winner.

Visit the EA SPORTS voting page to make your selection.

You have until 23:59 GMT on Monday 6 November to vote and the winner will be announced on 17 November*.

The Belgian has been at the heart of City’s attacking threat, his vision and brilliant passing creating six chances, three of which were scored.

The defender has been key to Arsenal not just at the back but in attack, scoring their opening goals in the wins over Brighton and Everton.

The striker has repaid the faith of a return to the Brighton team with two goals in the win over West Ham and the equaliser against Southampton.

The stand-in goalkeeper’s performances have meant Tom Heaton’s absence has not been missed by Burnley, with his 21 saves helping them to two clean sheets.

The German winger scored and assisted in each of Man City’s three wins in October. No player can match his goal contribution of last month.

The winger returned from injury for the goal that stunned Chelsea for Palace’s first win, then scored a stoppage-time equaliser against West Ham.