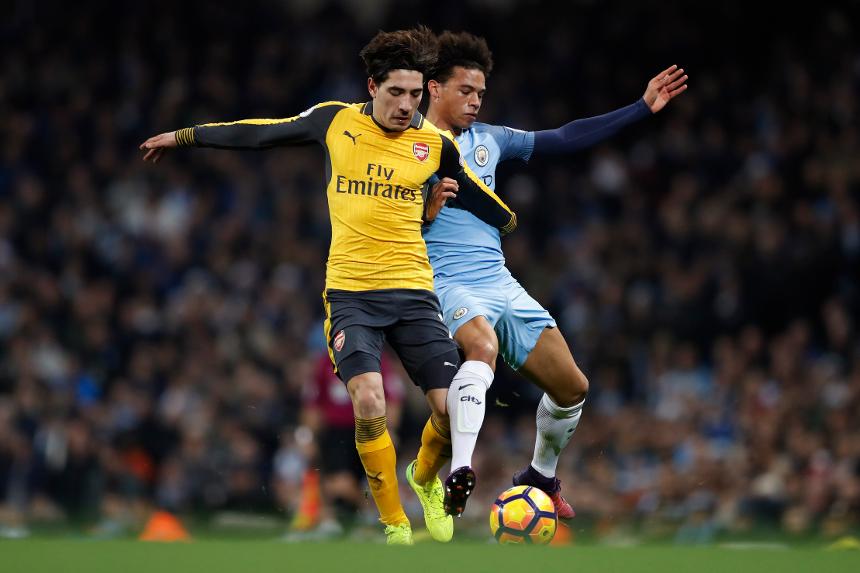 Joleon Lescott sees Leroy Sane against Hector Bellerin as one of the key battles when Arsenal visit Manchester City on Sunday.

The former City defender believes the German has become more consistent this season and wonders whether Arsenal full-back Bellerin will have learnt his lesson from a mistake that allowed Sane to score in this fixture last season.

"I’m a massive fan of Sane," Lescott, who won the 2011/12 title with City, says. "Last year there were glimpses but this year he's embraced his potential and shown how good he is.

"Last season Bellerin switched off for half a second and Sane, being equally as quick, took advantage; there was no recovery time. Bellerin will have to be aware of that."

But Lescott also sees the match-up down the other wing, between Raheem Sterling and Sead Kolasinac, as potentially crucial.

"Kolasinac and Bellerin are going to be up against it and with Sane and Sterling, all four are performing well - that's where it could be won or lost," he says.

As Bellerin found to his cost at the Etihad Stadium last season, Arsenal's biggest challenge will be staying focused on City's multiple sources of creativity, such as Sane, Sterling, Kevin De Bruyne and David Silva, Lescott believes.

"Concentration is the key," he says. "A lot of City's goals are not individual, they're great team goals.

"More often than not they're from De Bruyne and Silva, so if you concentrate when they're on the ball you can stop the others."

See: The numbers behind Sane's season