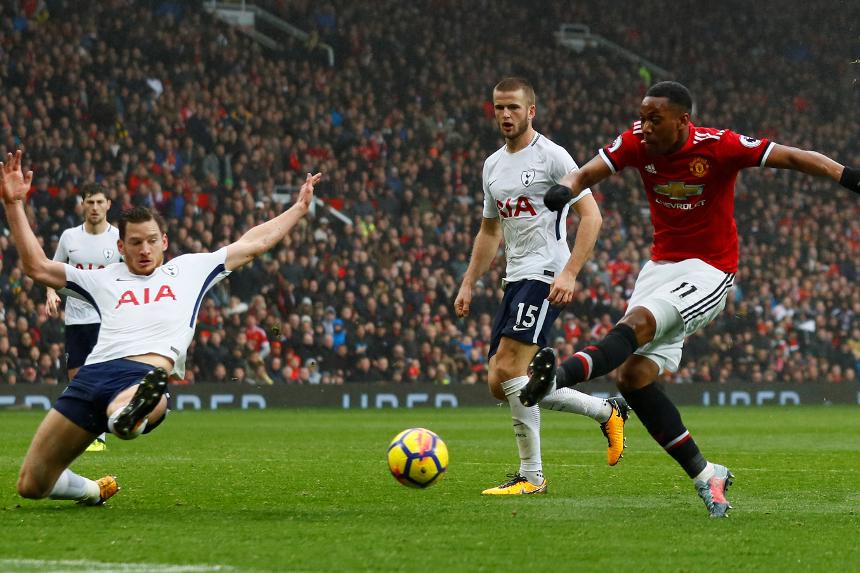 Martial is Man of the Match again External Link

One of the biggest threats to Chelsea when they take on Manchester United on Sunday may not be in the starting XI at Stamford Bridge.

Anthony Martial has shown that he is most dangerous when coming on as a substitute and will set a Premier League record if he maintains his prolific scoring from off the bench.

The Frenchman's goal against Tottenham Hotspur on Saturday was his fourth of the season and all have come from off the bench. Martial has also produced two assists as a substitute this term.

His involvement in six goals is already three off the record by a substitute for an entire season, by Adam Le Fondre in 2012/13. The Reading forward's eight goals from off the bench has also a Premier League best.

Most goal involvement by subs

Overall, Man Utd have recorded seven goals and four assists from substitutes in 10 matches this season, 13 off the record of 24 set by Manchester City in 2011/12.

Roberto Mancini's title-winners also scored a joint-record 15 goals off the bench, level with Arsenal in 2009/10 and the Liverpool team of 2015/16.

The impact of United's substitutes is also shown by the dominance of Jose Mourinho's team among late goals in the league this season.

United are responsible for 10 of the 47 Premier League goals scored in the final 10 minutes of matches in 2017/18, more than a fifth of the total.