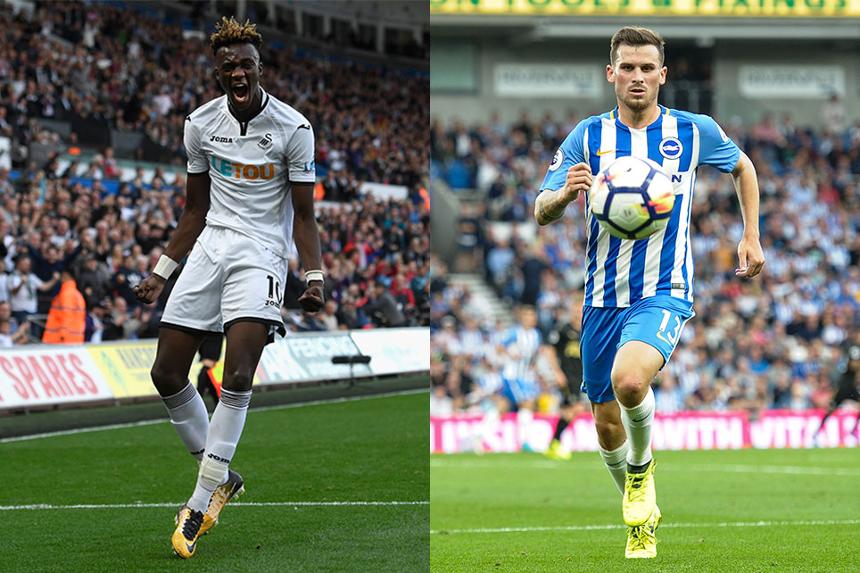 Fede: Brighton is massive for us External Link

When Swansea City host Brighton & Hove Albion this weekend, two of the Premier League’s most influential summer signings will be pitted against one another.

The importance of Tammy Abraham and Pascal Gross to Swansea and Brighton respectively was highlighted again at the weekend with both players helping to create their side’s goals.

Abraham’s pinpoint pass allowed Sam Clucas to give Swansea the lead in their 2-1 defeat by Arsenal.

That assist was the on-loan striker’s first of the season and adds to the four goals he has scored, meaning the 20-year-old has had a hand in five of Swansea’s seven League goals.

No player has been involved in a higher percentage of his team’s Premier League goals then Abraham, with 71.4%.

Not far behind Abraham is Gross, who helped Brighton claim a point after going behind to Southampton at the Amex Stadium on Sunday, crossing for Glenn Murray to head in the equaliser.

It was the 26-year-old midfielder’s fifth assist in 10 matches, to accompany the two goals he scored in Brighton’s first ever win in the Premier League, against West Bromwich Albion.

The German signed from Ingolstadt in the summer has accounted for 70% of the Seagulls’ 10 League goals.

Gross’s creative influence is all the more impressive when compared with the very best providers of assists in the division.

Only Kevin De Bruyne and David Silva (six each), who have helped free-scoring Manchester City surge to the top of the table with 35 goals in 2017/18, have bettered Gross’s assist output.

It will be interesting to see whether both Abraham and Gross can continue their enterprising form when they meet at the Liberty Stadium on Saturday.