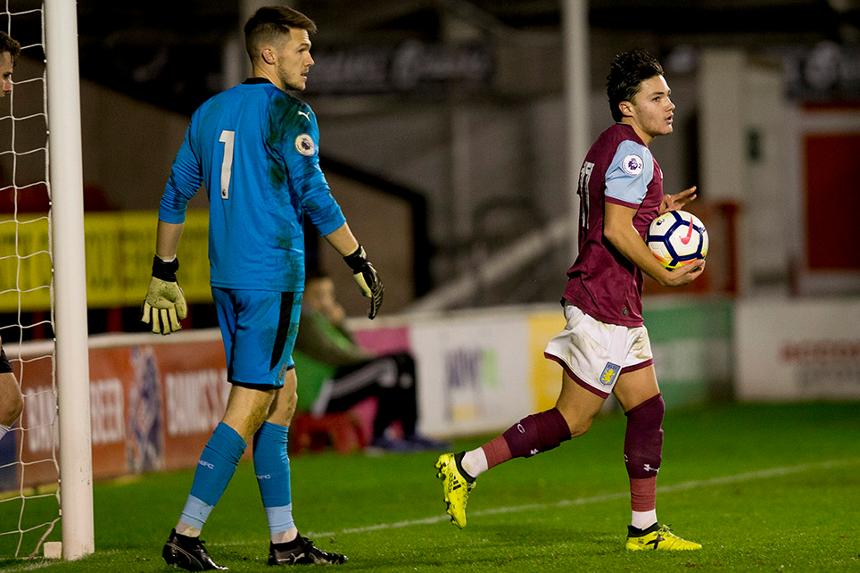 Callum O'Hare scored a hat-trick and Henri Lansbury marked his comeback from injury with a goal as Aston Villa beat Newcastle United 6-0 in Division 2.

Villa were 4-0 up by half-time after Harry McKirdy, O'Hare, twice, and Lansbury, on his first appearance since September, all found the net.

O'Hare, pictured, completed his treble by netting the rebound after his penalty had been saved and Jake Doyle-Hayes scored a late sixth.