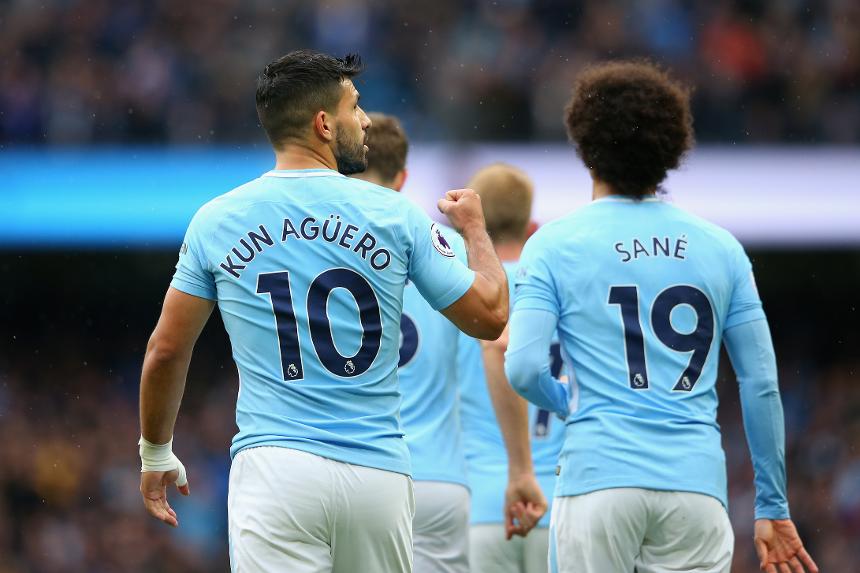 Manchester City have reported no new injury concerns, with only defenders Vincent Kompany (calf) and Benjamin Mendy (knee) definitely out.

Arsene Wenger is hopeful of having Sead Kolasinac (also groin) available but the wing-back is doubtful.

Manchester City have only won one of their last nine matches against Arsenal in all competitions (D4 L4), that victory coming in this fixture last season.

Man City have won all nine of their PL matches in which they’ve led this season, while Arsenal have won the most matches (3) and points (9) from losing positions.

Theo Walcott has scored more away goals at the Etihad Stadium than any other Arsenal player (3).

Sergio Aguero has scored five goals in his last seven matches for Man City against Arsenal in all competitions.

Pep Guardiola: It's complicated. Hopefully we will have recovered well from Napoli and will put in a performance for our fans. What matters is to play good and win the game."

Arsene Wenger: "We want to defend well but you cannot go there and only be focused on defending. The best way to defend sometimes is to attack."

See: Wenger: We have to accept the risk