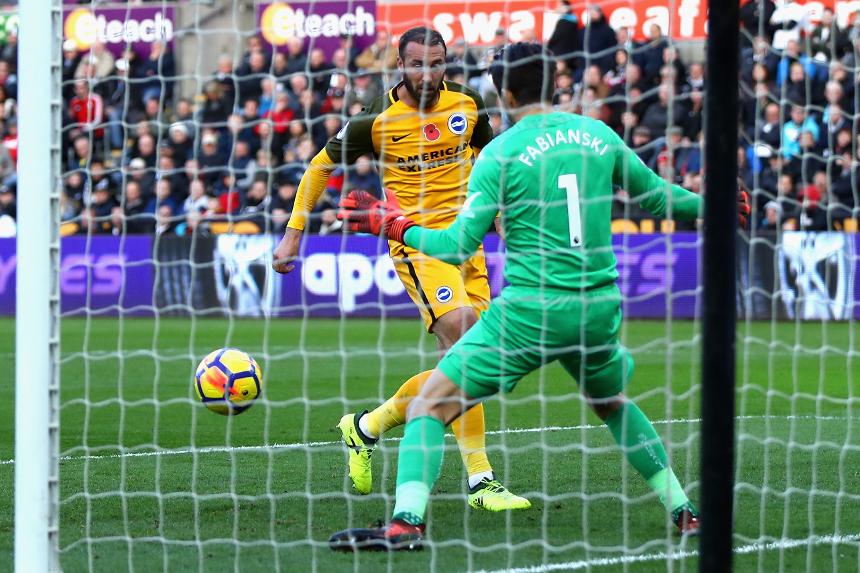 Glenn Murray scored his fourth Premier League goal of the season and in his third successive match as Brighton & Hove Albion won 1-0 at Swansea City.

Murray broke the deadlock after half an hour, when he was found by Anthony Knockaert's cross and beat Lukasz Fabianski from close range.

Luciano Narsingh thumped a shot against the bar late on as Swansea pushed for a leveller, but Brighton held on to send the hosts into the relegation zone.